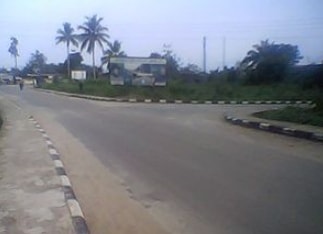 We learnt that the deceased was shot dead Tuesday at about 7:48 am in his farm on his way back from his farm.

“The village is completely deserted because of cults’ activities and majority of the local residents have fled the community to safer grounds”, a local vigilante, who would not his name in print told Correspondents.

An indigene of the community, who spoke from his new location in exile, Friday Eyo, recalled that the deceased returned to the village from Lagos following the ban on commercial motorcyclists by the then administration of Mr. Raji Fashola.

He said Etuk was also engaged in petty trading along with his motorcycllist business. He added that “things were not so rosy before the gunmen invaded the village, forcing everybody to flee from Ikot-Akpa Idem”.

According to him, “from January to April 11, people have been killed in the small village”, adding that “the village has become a desolate waste” as its inhabitants had fled to other places in Akwa Ibom and other States.

“Some gunmen have killed one Imoh Etuk from Ikot Akpa Edem in Ukanafun Local Government Area. He ran to Usung Antia, the neighbouring village where the wife’s family lives. He went home to pick some food items from his farm.

They intercepted and shot him dead. Nobody lives in Ikot Akpa Edem anymore. The village is now desolate,” he explained.

The Police Public Relations Officer (PPRO), DSP Odiko McDon Ogbeche, said he was yet to be fully briefed on the incident by the Divisional Police Officer (DPO) in-charge of Ukanafun.