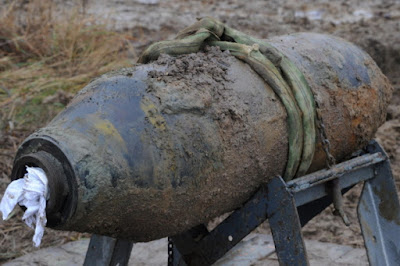 Some residents of Dusseldorf city in Germany today were ordered to evacuate their homes as Germany plans to defuse a massive World War II Bomb found at a construction site in the city.

The streets were to be cordoned off as the aerial bomb was to be defused around 11 am.