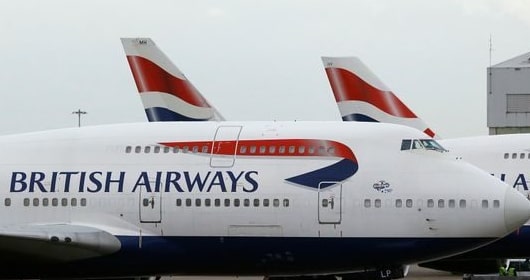 A BA flight heading to Dsseldorf, Germany, from London, England, accidentally landed in Edinburgh, Scotland, instead: 525 miles away from where it should have been.

British Airways said in a statement to the Business Insider that the plane ended up in Edinburgh after the flight paperwork was submitted incorrectly.

Passengers only realized they were in the wrong country when an announcement was made welcoming them to Edinburgh after the plane landed, the BBC reported .

“We have apologised to customers for this interruption to their journey and will be contacting them all individually,” British Airways’ statement said.

German firm WDL Aviation ran the flight, which left London’s City Airport, for British Airways. British Airways said it was working with WDL to work out how the wrong flight plan was filed.

The flight has now landed at Dsseldorf International Airport, its original destination.

A passenger named Son Tran tweeted about the flight after it landed and asked for an explanation, describing it as a “mystery travel lottery.”

He responded to British Airway’s official account after it said the flight was diverted, and said it felt like an “honest mistake rather than a diversion” at the time.

“The pilot said he had no idea how it had happened. He said it had never happened before and that the crew was trying to work out what we could do,” Sophie Cooke, a passenger on the flight, told the BBC.