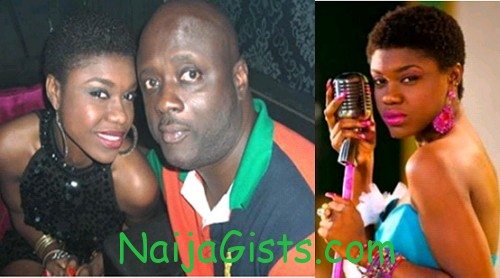 Here is what Becca’s dad said angrily in an interview:

“Becca is no more my child and she can do whatever she pleases with her life. She is of no importance to me anymore. She is grown so if she thinks Kiki is the one she really wants to marry, she can go ahead and marry him. I have already disowned her. I don’t care if the mother supports her or not. Looking at my health condition now, I wouldn’t want to do anything that will affect me and the rest of the family.

Everything I gave her has been taken back. She is no more my child and will never be my child, not even when I’m dead.

Kiki Banson is a criminal and a very wicked man. He went for my daughter at the age of 17 to 18 years and signed a 10 year contract with the child without consulting even the parents or any member of the family, claiming Becca was 18 years and so she could decide and choose to do anything she liked. It was a lawyer who revealed this to me later.

You know I don’t want to go into details because there’s more to this issue than one may see it. Like I said, if Becca thinks Kiki is the best man for her, she can go ahead and marry him. I don’t have patience at all and so if I don’t take care this issue will go very far and perhaps I wouldn’t like the results. I don’t know where they are now and I don’t care.”

As at the time of this report, the beautiful songstress is yet to tell her own side of the story.

Becca got back together with her manager, Kiki early 2012 after a series of on and off dating.