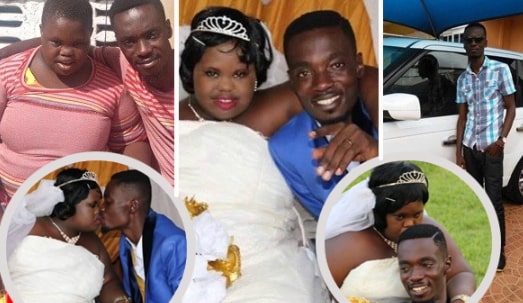 Ghanaians Slam Actor For Marrying Wife With Down Syndrome, Call Her A Cursed Woman

In 2008, the internet was flooded with wedding pictures of Ghanaian actor Justice Hymns popularly known as Mmebusem and his “wife” Abena Boatemaa.

The pictures which went really viral were met with several commentaries as many believed they were unreal and perhaps scenes from an upcoming movie.

A number of people shared the pictures with sarcastic captions such as “true love”, and all that trying to insinuate that, it was just not “right” for a clearly sane and handsome gentleman like Mmebusem to marry and “insane” or perhaps cursed lady.

Their marriage brought a lot of commentaries and criticisms and one I could easily is the one from his colleague actor known as Big Akwes.

Kumawood actor Big Akwes on Royal TV terribly described the “wife” of the actor and alleged the lady as a cursed one. He also described her as a cheap product only worth of marriage because of the benefits the actor will enjoy. 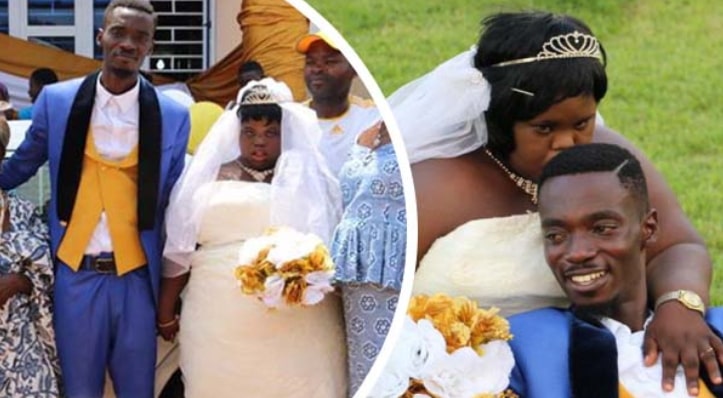 Big Akwes and many other Ghanaians made a mockery of both the newly “married couple” and went ahead to describe the lady as one with a terrible face, mouth. IN his words, he says “what a wife?”.

Fast forward today, many thought Mmebusem will leave the wife after getting ( the money ) what he went into the marriage for. But no, he is still happily married and enjoys every bit of it.