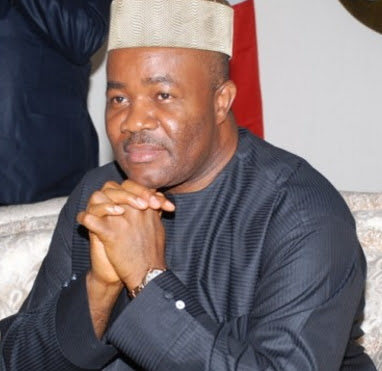 Former Akwa Ibom State Governor Akpabio has been placed under watch by the EFCC over his attempt to transfer stolen $517 million to the Dominican Republic from his bank accounts in the UAE.

EFCC officials arrived Dubai on Saturday to begin a proper investigation and recover the money.

This is how The Nation is reporting it:

A top source, who spoke in confidence, said: “The Federal Government team has met with those from the UAE on intelligence sharing, the list of those on EFCC radar, the number of highly-placed Nigerians with fat accounts in UAE and those with choice properties in Marina (Dubai), Bur Dubai, Abu Dhabi and Doha.

“More than six ex-ministers and a former presidential aide, who is on the run over the $2.1billion arms deals, were said to have acquired choice mansions and malls in UAE. One of the former ministers, who was alleged to own two houses in Dubai, was said to have served as a front for a former First Lady.