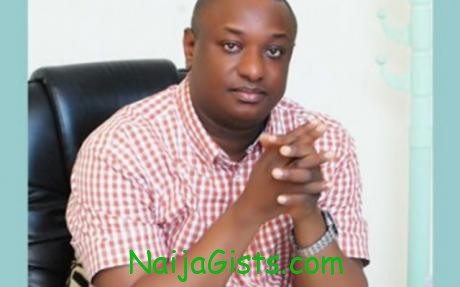 Governor Babatunde Fashola of Lagos State has ordered the Attorney General and Commissioner for Justice, Ade Ipaye to take over the prosecution of the Divisional Police Officer of Pen Cinema Police Station, Segun Fabunmi who allegedly shot dead a youth during Monday’s nationwide protest in the state. naijagists.com

The 27-year old Demola Abiodun was allegedly shot dead at Ogba area of Lagos State, Southwest Nigeria by the DPO, who was arrested on the order of the Commissioner of Police, Yakubu Alkali the same day.

The guardian of the deceased, Alice Aderinton, who is around 85 years old, called for justice, saying that Abiodun must not be allowed to die in vain.

The Attorney General, Ipaye vowed that justice must be done in the matter and that it must not be swept under the carpet, saying that government would take over the prosecution of the DPO for allegedly killing an innocent citizen.

According to him, since the deceased was killed in the state, the government had the right to take over the case and ensure that justice prevailed.

“We have already instructed office of the DPP to be vigilant. Aside, we have started gathering our own facts. We are also paying attention to the details in order to avoid a miscarriage of justice. The prosecution of the accused person will commence as soon as the report is ready.

“We are currently waiting for the report of the investigation into the circumstances surrounding his killing. The state DPP is duly following up the case to ensure that there is no cover-up and that justice is done in the matter,” he stated.

According to Ipaye, the Commissioner of Police, Mr. Yakubu Alkali had promised due investigation, saying that, “he has also presented the accused person, adding that he believed the police would not cover up the issue.

At the residence of the deceased, Mrs. Aderinton called on the government and the police to ensure that the killer of Abiodun was brought to book, saying that the deceased never engaged the police in a brawl as claimed.

The octogenarian described the deceased as an easy-going person, while urging the government not to rely on police reports in order to ensure that justice is done in the matter.

“Abiodun is not my grandchild. I was just his guardian in Lagos State. He is actually from Ilesha in Osun State. His parents too are not living in Lagos; they both reside in Ilesha. The deceased was a quiet person and always minding his business.

“He was into tailoring. But when patronage was very low, he went into okada operation. He was the only son of his parents. I personally asked him to move into my apartment when he had accommodation problem. We ate and lived together here,” she stated.

Chairman of Ojodu Local Council Development Area, LCDA, Julius Oloro, who visited the deceased home on Tuesday also appealed to restive youths in the area to remain calm and desist from fomenting redouble, saying that justice would prevail on the matter.

Youths in the area said the deceased never argued with the police or tried to disarm any of them when he was shot dead, alleging that the DPO aimed at him deliberately and shot him even when he ran into a house for refuge.

According to them, Abiodun was rushed to the Ifako-Ijaiye General Hospital but was rejected as the health officials asked him to get a police report before they could treat him, adding that it was in the process that Abiodun died.

Meanwhile, Governor Fashola has called on the police to be more professional and make a distinction between those who were legitimately protesting and those who were rioting.

Fashola spoke at the State House, Marina when Prof. Pat Utomi and Fola Adeola led a protest to the governor’s residence to demand the reversal of the pump price of petrol to N65.

Earlier, Utomi said with the protest against fuel subsidy removal, the Nigerian people across the country were saying it was time a change was made about how the people are governed.

“The Nigerian people are speaking out clearly. When we began going round Ikoyi this morning, somebody remarked that this is the first time a protest march will take place in Ikoyi. Many people came out and joined us.

“Until we got to this place (Lagos House, Marina) 90 percent of the marching people were the middle class people which shows the unity in this particular struggle,” he said.

Speaking, former Vice Presidential candidate of the Action Congress of Nigeria, Adeola said the people were angry because of the sudden withdrawal of fuel subsidy, stating that there was no reason to embark on the action because the country belonged to everyone and not the government alone.