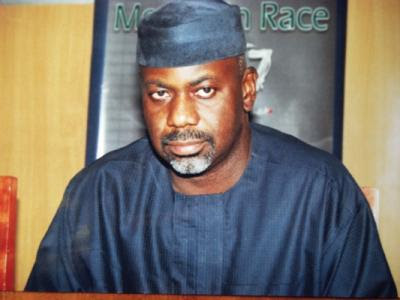 The present Governor of Cross River State, Liyel Imoke has been airlifted back to the United States of America for urgent medical treatment.

SaharaReporters had disclosed earlier that Mr. Imoke, who is serving his second term as governor, was in the US for medical treatment related to kidney disease.

One of our sources disclosed that the governor’s health had taken a bad turn recently, necessitating his urgent trip abroad.

Mr. Imoke had earlier spent several weeks in the US where he received dialysis as well as a surgical procedure for his severe renal condition.

On his return to Nigeria, Governor Imoke had told associates that he had bounced back to health. He and his family as well as political associates recently organized an elaborate thanksgiving party to celebrate Governor Imoke’s recovery. Among those at the thanksgiving were controversial Bishop David Oyedepo of Winner’s Chapel and Governor Godswill Akpabio of Akwa Ibom.

However, our source revealed that Mr. Imoke’s condition deteriorated recently, leading to plans to move him back to the US for further treatment.

Before becoming a governor, Mr. Imoke had headed a presidential task force under President Olusegun Obasanjo that was supposed to guarantee Nigerians dependable electric power supply. Despite the failure of that task force, President Obasanjo subsequently appointed Mr. Imoke as Nigeria’s Power Minister. As Obasanjo’s tenure drew to a close, he handpicked Mr. Imoke to become the governor of Cross River State.

Our source in Calabar said he was unable to say how long the governor would stay in the US. “I think he will be [in the US] for some time because it will take a while for the doctors there to address his health problems,” said the source.