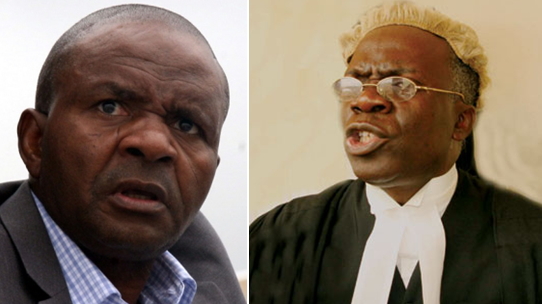 Senior Advocate of Nigeria and human right activist, Femi Falana has sent a detailed letter to Nigeria’s IGP to commence a detail investigation of the forged letter purportedly endorsed by 7 Taraba’s legislators over the immediate resumption of the brain-injured governor.

The forged letter was sent to Taraba House of Assembly on Monday indicating Governor Suntai‘s readiness to resume office.

As we are all aware that the governor returned to Nigeria from the US on Sunday after 10 months of intensive brain injury treatment.

Witness claims, the governor appeared unlike his old self upon arrival.

In his petition to Police IGP, Femi Falana noted that barely one day after his return, a letter was delivered to the House declaring the governor’s fitness and readiness for work without affording the public a copy of his medical report of mental and physical fitness.

Femi Falana claims he will fulfill his constitutional duty if the IGP doesn’t accede to his demand within 3 days.