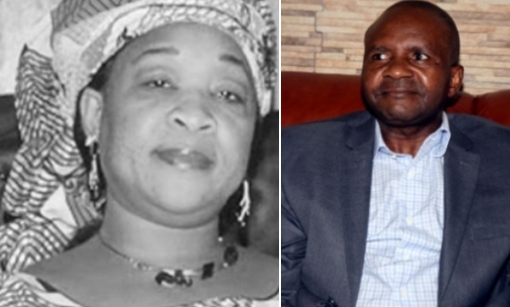 Over 72 hours after her husband returns from the United States of America where he’s being receiving mental health treatment for the past 10 months, the wife of the brain-injured governor has purportedly dissolved his entire cabinet.

Governor Suntai‘s administration has been dissolved.

This came after Taraba’s attorney general, Barrister Kataps gave reasons why Governor Suntai didn’t need to appear before the house of assembly before taking over power in the state 72 hours after he returned to the government house in a carefully choreographed scam.

Mr. Kataps was later appointed as the new secretary of the state government in an announcement by the commissioner of information, Emmanuel Bello.

However, sources told Saharareporters that the bizarre announcement was hatched by Mrs. Hauwa Suntai, the wife of the ailing governor who is illegally occupying the government house using her brain-damaged husband as a shield.

A source in the camp of the Acting governor, Alhaji Garba Umar told Saharareporters that the cabinet dissolution by Mr. Suntai’s wife carries no effect.

They urged residents to disregard the purported dissolution of the cabinet and go about their normal duties.

The acting governor and several commissioners including security chiefs in the state attended a meeting where they planned to adequately respond to the ruse, our source stated.

According to PM news, members of the cabal who plotted the return of the ailing governor of the northern Nigerian state of Taraba, when he is clearly unfit to rule, may have had their gambit explode in their faces.

Members of the Taraba House of Assembly appear not willing to play along as the Speaker, Mr Haruna Tsokwa, declared today that Alhaji Garba Umar, remains the Acting Governor until Suntai, is able to come out and address the assembly.

Tsokwa, who addressed a press conference in Jalingo on Tuesday, said that the house was thankful to God that Suntai had returned to the state.
He said that the leadership of the house was not allowed access to the governor since he returned on 24 August and he had not been seen in public.