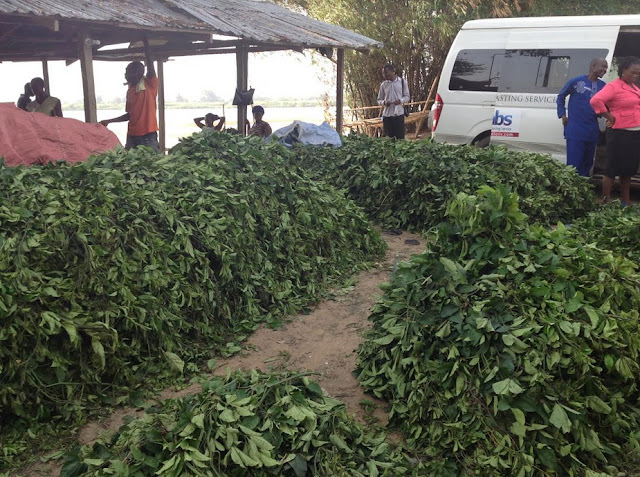 Journalists on Thursday saw in practical terms,the robust agricultural revolution evolving in Anambra state as farmers,even in the thick of the dry season are harvesting tons of the popular Ugu vegetable in Ogbaru local government area for export to the United States and Europe.

The Anambra State commissioner for information and strategy ,Dr Tony Nnachetta led a team of journalists to Ogbaru hinterland where the Anambra state government made a substantial investment in production of the vegetable by giving financial support to the local farmers who applied the money judiciously to yield abundant return on investment.

Journalists went on 3 hours expedition and fact finding mission with speed boats to the hinterland at Osomala in Ogbaru local government where they saw the farmers in action while their children were happily making masquerades of the bunches of the Ugu vegetable while evacuating them from the canoes.

Dr Nnachetta had informed the journalists earlier that following spirited efforts by Gov Willie Obiano to improve on the fortunes of the state,it’s GDP has grown considerably while the security of lives and property has boosted trade,commerce and investment.

Pointing out that Anambrarians hardly feel the economic recession,Nnachetta said one of the raesons was the suspension of unnecessary taxes and levies paid by transporters,market men and women.

The media tour which marks the third year anniversary of Dr Willie Obiano as Gov of Anambra State took the team to various projects of the state government across the state.

Photos show the team of journalists inspecting the vegetables. 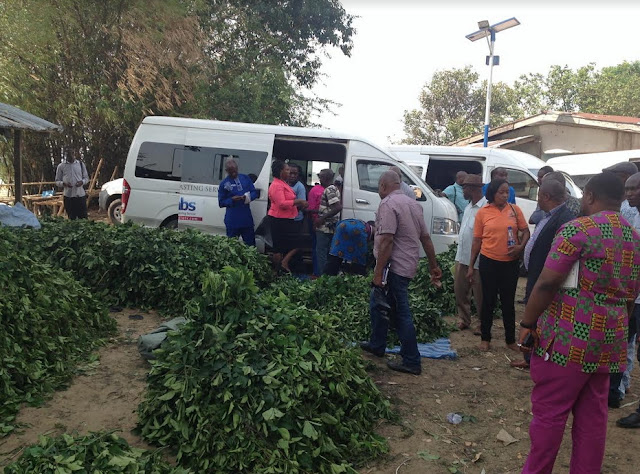 Secondly, journalists inside the speed boats set for journey. 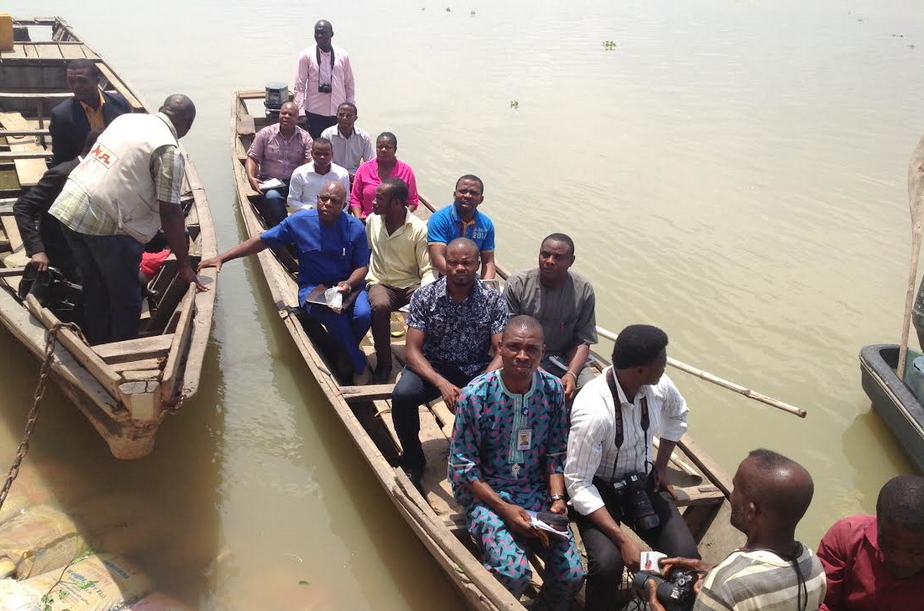 Another photo shows a little boy making a masquerade out of the heavy bunch of Ugu vegetable. 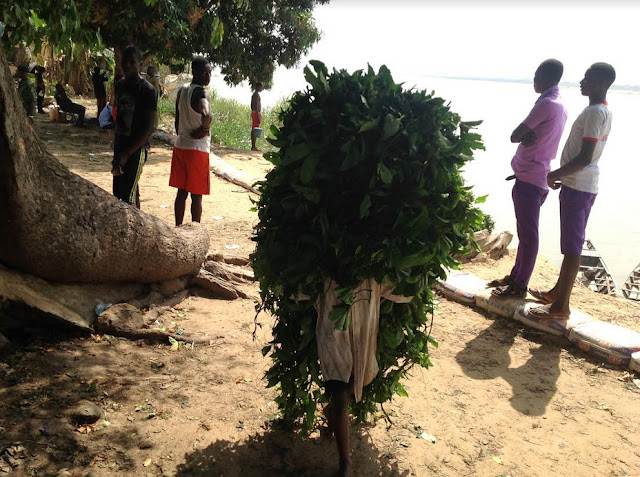