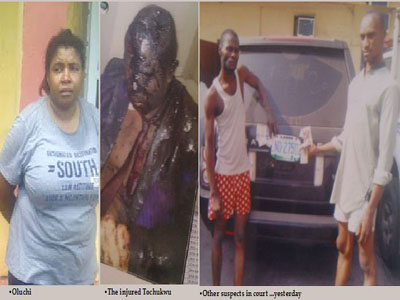 Former teller at Guaranty Trust Bank (GTB), Onyebuchi Oluchi has been charged for attempting to take the life of her husband, Tochukwu.

Oluchi was on Tuesday granted N1million bail by an Ebute Meta Chief Magistrates court when she pleaded not guilty.

The two hired killers she paid to eliminate her hubby, 36-year-old Ofelete Kingsley and 32-year-old Nworie Chigozie were remanded in Ikoyi prison.

Here is what a police prosecutor in charge of the case, Babatope Julius said: