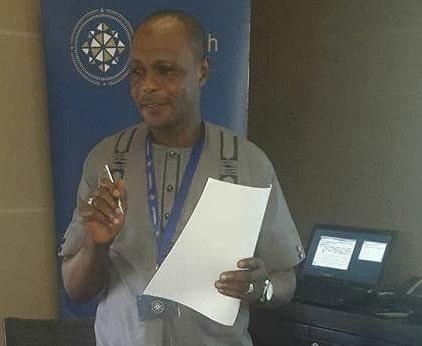 A popular Kannywood filmmaker and journalist, Salisu Muazu, has been abducted by some armed men on Thursday evening along the Kaduna-Jos road.

The elder brother of the victim who is also a filmmaker, Sani Muazu, said they were travelling together with two other persons at the time of the incident.

Here is what he told NAN today:

“We were returning from a conference in Kaduna when we were stopped and robbed by some armed men around Jengre village.

“They robbed us and I was able to escape, yet they went away with my younger brother Salisu and two other guys we gave a ride.

“They got in touch this morning seeking for a N10m ransom to process their release.”

Muazu appealed to Nigerians to offer prayers for the safe return of his brother and the other victims.

Here is how he broke the sad news online.

5 Injured As Second Building Collapses In Onitsha Anambra [PHOTOS]
Yomi Gold: I Divorced My Wife Because Our Marriage Was Not Working