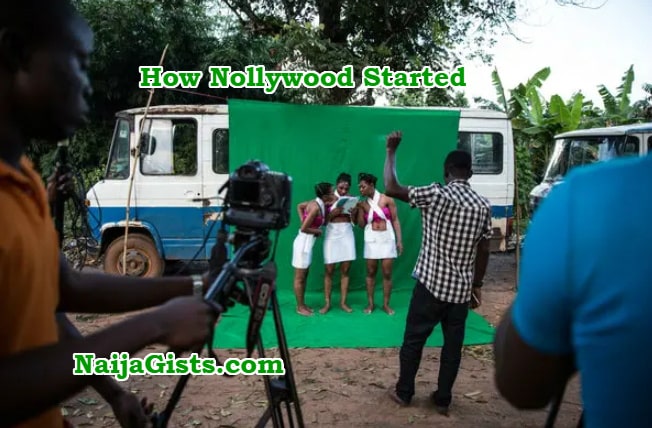 The Cinema of Nigeria commonly known to many as Nollywood is an organization responsible for the production of movies in Nigeria. This industry began sometime at the end of the 19th century with the use of the kinetoscope otherwise called the peephole viewer for movie viewing and then was upgraded in the 20th century. When referring to the history of the cinema of Nigeria it is said to have taken four basic stages known as the colonial era, the golden era, the video film era and the New Nigerian cinema which is still in bloom.

The colonial era of the Nigerian cinema (Nollywood) lasted from the beginning of the 20th century to the middle of the century. As the name implies, this industry was mostly under the authority of the British colonials.  It started with the use of the peephole viewer which was improved upon with the creation of more enhanced exhibition devices for motion pictures. Film screens were launched in Lagos around August 1903. This set the stage for the production of local films. Filming further progressed with the production of the first Nigerian colored motion picture in 1957, this film was called fincho. This achievement ushered the industry into its next era referred to as the golden era.

The golden era period spans from the 1950s up until the 1980s this age brought with it the recognition of the Nigerian Cinema as an independent film production structure. The Nigerian local theatre content notably increased with Nigeria’s independence in 1960. The number of cinemas increased with the emergence of great talents like Moses Olaiya and Hubert Ogunde. Complete transference of ownership of this industry was concluded in 1972 and this encouraged the growth of Nigerian cinema.

With the decline of the golden era around the 1980s, the video film era was born and it began at about the 1990s. This era brought about the access of Nigerian movies to the individual homes in video forms, commonly known as home videos. Tremendous growth was recorded in this age the production of movies reached its highest. The industry also became an employment outfit.

The New Nigerian cinema is the re-branded form of the Nollywood movie industry. This era is still in bloom, it is aimed at improving and making higher quality productions with more up to date film production technology. This rebranded industry encourages a more professional approach to the production of movies and various mechanisms to achieve this have been put in place by individual and government sponsored projects. Movie budgets now run into millions of naira to get the best quality; the shooting of films now takes place within and out of the country. Nollywood is fast becoming a name acknowledged worldwide.

The Hausa language cinema popularly referred to as Kannywood is a branch of the Nigerian cinema (Nollywood). It was born in the 1990s. This industry produces from the Hausa region of Nigeria otherwise called the Northern region. It has over two thousand registered movie production companies under it. Its mode of movies productions is a combination of the Hausa culture and a little of the Indian movie industry referred to as Bollywood. 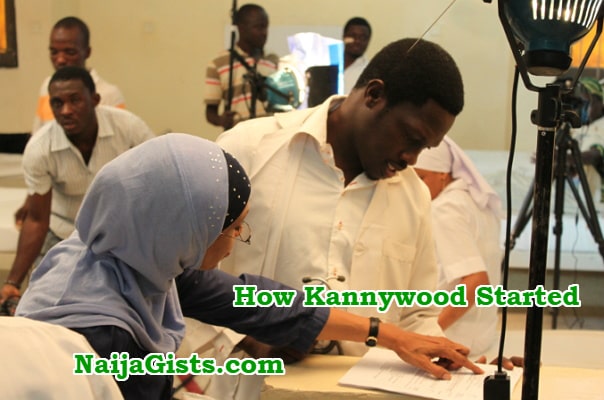 The first acknowledged Kannywood production was the movie Tumin Danya in 1990; it was then followed by the likes of Gimbiya Fatima, Badakala, Kiyarda da Ni and others. Actors also emerged which set the foundation for Kannywood actors that can be seen today.

This industry came under censor and huge criticism for religious reasons in the 2000s which set it back a few years. Popular names of Kannywood actors and actresses are Ali Nuhu, Hadiza Aliyu, and Sadiq Sani Sadiq.

Continue Reading
You may also like...
Related Topics:history, how, kannywood, nollywood, started