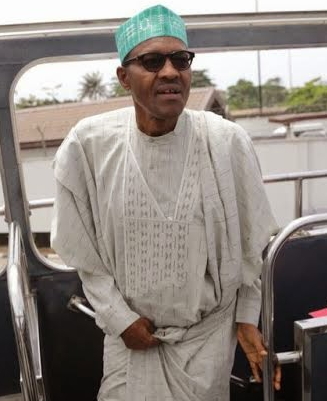 President Muhammadu Buhari has restated his gratitude to Nigerians for his victory at the general elections saying he emerged winner against all odds.

Speaking at The Red Media Summit in Lagos, Thursday,‎ Mr. Buhari said that he won the election despite the deployment of state forces against him.

“Muhammadu Buhari’s goodwill greetings to you is on account of the fact that he won an election that many people think he was not going to win,” said Garba Shehu, Senior Special Assistant to the President on Media and Publicity, ‎‎who represented Mr. Buhari.

“Americans say that elections are won on the dollar. It’s very improbable that anybody can win an election without money. We didn’t have advertising money on our campaign. Even when we had little money to spend on advertising, the Nigerian Television Authority was not making available to us slots, neither was AIT.

“I remember on a particular night I called NTA, they had 16 slots of one minute adverts and I said I wanted to buy one minute for the Buhari campaign, they said all 16 had been sold.

Mr. Shehu expressed the presidency’s gratitude to Statecraft, an arm on The Red Media, for ‎”selling an unlikely candidate to a very skeptical nation.”

“The day there was a security siege at my home, I woke up to see that my house had been surrounded by armed policemen in the course of the campaign,” Mr. Shehu said.

“In fact it was the cocking of their guns that rose me and my family members from our sleep. Only to discover that tens of policemen, police vehicles, and some other unidentified vehicles darkened our windows around my home.

“The first thing I did was to say ‘Who will help me out of this situation?’ I needed to expose what was going on, and the‎ first man I reached was Adebola Williams of Statecraft. Adebola began to announce on Facebook and Twitter from that moment until the security elements realized that the whole world was looking at what they were doing, because I remained indoors throughout the siege.

“Of course it was much later that we came to know why they had come. Even the APC Presidential Campaign was penetrated by fifth columnists, and I will make this confession, because a day before that siege we had had a meeting with the security committee at which we agreed that we were going to run a story announcing that the National Security Adviser at that time, Mr. Sambo Dasuki, was staging a second coup d’etat against Muhammadu Buhari.

“The former National Security Adviser was involved in a coup that threw out Muhammadu Buhari as military president in 1984.

“This time around, all the things that followed, the postponement of the election on account of this and that and a lot of the thinking of the campaign was that this was yet another coup being hatched by the National Security Adviser and we eventually discovered that this siege on our homes was to pre-empt the story.‎”