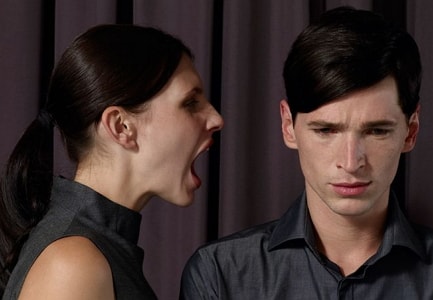 Have you ever been in a toxic relationship with a partner who forcefully criticizes, insults, or denounces you from time to time through a destructive form of communication intended to harm your self-concept by making you feel negative emotions. It is characterized by underlying anger and hostility toward you. If your answer to this question is yes, then you’re most likely in a verbally abusive relationship. Some people might overlook verbally abusive partners as less life threatening as physically abusive partners. But the truth is that they are the same because in as much as verbal abuse doesn’t leave bruises on the victim, it can be as detrimental to a person’s health as physical abuse. Below are some methods which can be used to deal with a verbally abusive partner.

Call your partner out or suggest they see a therapist

It might interest you to know that not everything we do is done consciously. A partner who is verbally abusive might not even be aware of it or the negative impact it has on the relationship. It might just be his or her adaptive way of responding to issues inba relationship as a result of poor role modelling during childhood or it could be a that your partner is a psychopath or sociopath. Discussing about it with your partner helps them see things from your perspective and might bring about gradual changes in them. This might not be an effective method when dealing with a psychopathic partner because they are with a personality disorder indicated by a pattern of lying, cunning, manipulating, glibness, exploiting, arrogance, low self-control, disregard for morality, lack of acceptance of responsibility, callousness, and lack of empathy and remorse. Such an individual may be especially prone to violent and criminal offenses. So when you have a partner with this kind of of personality disorder, calling them out might not be the best way and might only make things worse because psychopaths are not very good in accepting being wrong and are not very equipped to control their emotions like normal people would. They also lack empathy and might not be able to understand what you feel and might become aggressive when you discuss it with them. The best solution is to see a therapist who is best suited for this kind of issues because they will help you and your partner communicate your feelings to each other better and also help your partner find better ways to address issues in a relationship without having to result to verbal abuse.

Setting boundaries is an effective way of dealing with verbal abuse because when there is no law, people can do whatever they want. Set boundaries can be as simple as telling your partner not to yell, insult, or speak to you in a sarcastic tone of voice.” If he or she says they are just joking with you, then make sure they know you don’t like it. After setting boundaries, make sure you put consequences in place if those set boundaries are crossed by your partner. Consequences could include a little silence treatment, walking away from your partner and going to another room, having an abuse jar in the house where any partner who says abusive things to the other has to put certain amount of money into the jar. This is good because it helps remind your partner that there are boundaries that shouldn’t be crossed because there are consequences for crossing them.

By walking away, I do not mean walking to another room or going outside, I mean leaving the relationship. You should not be afraid to leave a relationship when you have no benefit of the doubt that your partner isn’t willing to change, especially when verbal abuse begins to escalate into physical abuse.