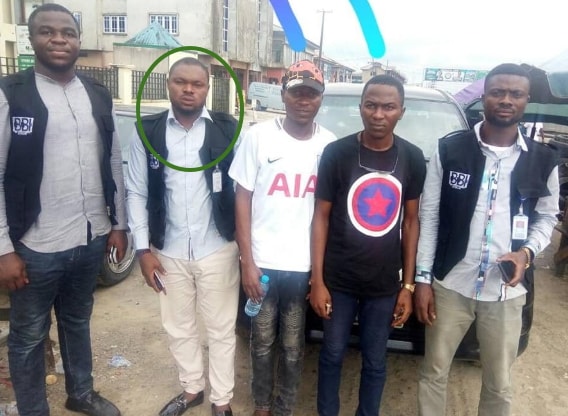 Behind Bars Rights Initiative facilitated the arrest of Six SARS officers led by Inspector Monday Asemota for extorting N40,000 from twin brothers MARK and MARTINS on their to NYSC Camp.

They were detained and charge for Misconduct and Official Corruption by IGP Xsquad.

Mark and Martins were arrested on 22nd July 2018 on their way to Warri, Delta state from Abraka. Their vehicle was stopped and they were asked to submit their phone for searching.

The officers threatened to detained them in police cell for refusing to give consent. They seized their phones, searched their bag and discovered N70,000. The officers took them to a petrol station, counted N30,000 and handed over to them. The boys pleaded but were ignored.

They immediately informed BBI Intervention Squad (BBIS) and the officers were tracked in Ekpan Police station Warri. The N40,000 was refunded to BBI team.

We reported the case to IGP Xsquad, Delta State Police command and they immediately sent their men to Ekpan Police station.

Today, the officers were invited for interview and when asked if they extorted money from Mark and Martins, they said YES.

They have been defaulted, detained and awaiting trial.

A safe, harassed, brutalized and corrupt free Nigeria is achievable.