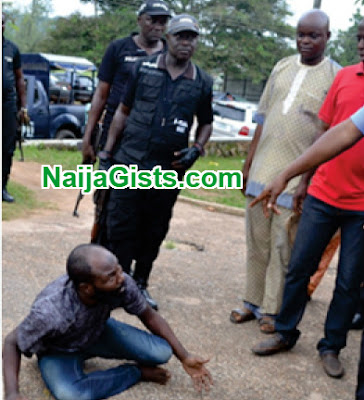 6 young Nigerian girls taken from different cities in Edo State have been rescued from the hand of a suspected human trafficker while attempting to smuggle them to Burkina Faso for prostitution.

According to NIS Comptroller General for Oyo State, Ekaete Isang, the man had travelled from Edo State with the girls to Saki in Oyo State before he was caught.

The young girls have been reunited with their parents.

Here is what Ekaete Isang said;

“In my four months in this state, we have saved 192 young girls from human traffickers and reunited them with their parents. One of the cases involved one Francis Osifo, who travelled from Edo State to Saki in Oyo State with six young girls.

“He was heading for Burkina Faso with the aim of involving the girls in illegal activities. But before he could cross the Nigerian border with them, our patrol team caught up with him and he was arrested.

We have reunited the girls with their parents while Osifo has been handed over to the National Agency for the Prohibition of Trafficking in Persons.”