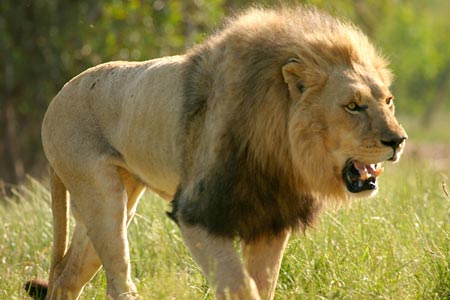 A lion has killed two herders and 30 livestock in a settlement in northeastern Nigeria’s Yobe State, the environment commissioner said Tuesday. naijagists.com

“We have a lion on the rampage which has so far killed two people and around 30 herd”, Ahmed Wakil Sarki told AFP.

He said the lion attacked the settlement on the edge of a forest in Gujba district, 30 kilometres (20 miles) from the state capital Damaturu on Monday.

“We are trying to mobilise our rangers from the wildlife department to capture the predator alive or hunt it down to avert further destruction,” he said.

Sarki said the lion was believed to be holed up near Damaturu as residents in nearby villages reported seeing the devoured remains of animals they suspected to have been killed by the big cat.

He added that it was not clear whether the lion lived nearby or came from afar.