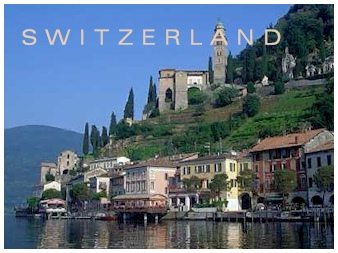 Over 1,000 Nigerian emigrants are among the 22,000 people currently seeking asylum in Switzerland. There is a big number of Eritreans and Tunisians as well, it was reported today. naijagists.com

The surge in asylum applications has become a major issue in the country, with last year’s figure representing a jump of 45 per cent over the applications received in 2010.

Today, the far-right Swiss People’s Party, the country’s largest, on Monday accused the government of inaction and abuses in dealing with a surge of asylum seekers.

“The number of asylum applications is exploding, crime increases, the costs of asylum progressing from year to year,” the SVP said in a statement, lamenting that processing takes up to four years.

“The Swiss asylum policy is now marked by abuses, absurdities and by inaction and confusion,” the party said.

The SVP said it suspects that many asylum seekers are in fact economic migrants.

A leading figure of the party Christoph Blocher said those who are rejected should be deported more quickly. Proposed revisions to the asylum law “will bring no improvement, quite the opposite,” Blocher was quoted as saying by the ATS news agency.

The anti-immigrant SVP has drawn international criticism over several of its campaigns, including calls to ban minarets and expel foreign criminals. It has also been slammed over advertising depicting white sheep kicking a black sheep off the Swiss flag.

Yet despite a drop in support in October legislative elections, the SVP remains Switzerland’s largest party, though it has only one cabinet member under a so-called “magic formula” power-sharing agreement.

The SVP, which last week filed a request for a referendum that would impose a cap on immigration, wants Switzerland to reintroduce border controls.

Continue Reading
You may also like...
Related Topics:Asylum, Nigerians, Switzerland