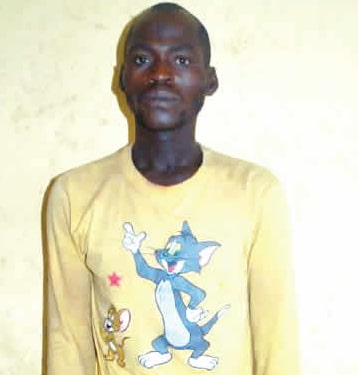 A 35-year-old man arrested for allegedly raping a 14-year-old girl in Niger State has confessed.

Timothy Dogo, a resident of Tufa community in Gurara LGA of Niger state dragged his victim who was on an errand to an uncompleted building in the area where he defiled her.

Here is what the suspect who had carnal knowledge of more than 4 underage girls in the area said after his arrest.

“There was nothing to show that she is a teenager, she looks like a 20-year-old girl, I never knew that she is under-age; otherwise I wouldn’t have tried it in the first place.

“I raped her because her looks turn me on each time I set my eyes on her; there was this spirit that would tell me to make love to her and that was why on that fateful day, I dragged her into an uncompleted building to commit the act “ .

Father Gives Out Baby Boy As Collateral For N180,000 Loan To Pay House Rent
Photo: See The 3 Young Men Who Kidnapped A Child In Kano