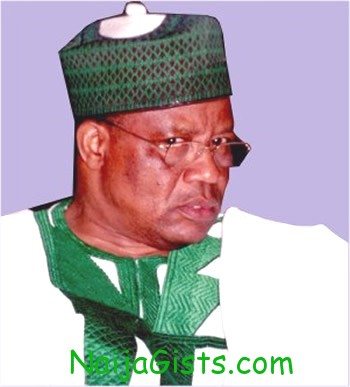 Believe it or not General Ibrahim Babangida, IBB is the silent voice behind the present unrest in Nigeria. naijagists.com

According to a recent confessions made by a former Boko Haram member, Sheikh Sani Haliru, Babangida is the major financier of the Islamic Terrorist sect,  jama’aful Ahlul sunna wal Liddawati wal Jihad, aka Boko Haram in Nigeria. If you havent’ read his confession, read it here

According to Sheikh, Ibrahim Babangida is the Chief sponsor of terrorism in Nigeria.

Below are some top secrets Sheikh revealed about IBB

1) Babangida has more than 600 men and women Jihadists who are under his payroll ( These people are all over Nigeria and at his finger tip, he can use them to destroy the whole of Nigeria)

2) IBB is the major financier of Boko Haram in Nigeria

3) He introduced Suicide bombing when he killed Dele Giwa

5) Since year 1985, Babangida has succeeded in silently using muslim extremists to persecute Christians

If you haven’t read this revealing interview, please read it here

Is General Ibrahim Babangida too big for God to handle? Leave him to God, if he doesn’t repent of all his atrocities and persecutions, God will deal with him like he did to Paul.

Note: I have seen a lot of people claiming this interview is false, if you have read the story of Saul’s conversion to Paul, you will believe him.