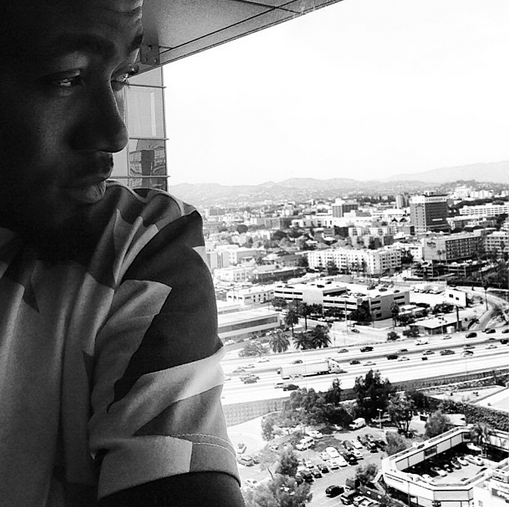 ” I just realised I’ve had a sick view since!! I see the Hollywood sign:- D used to watch these streets on TV, now the street watching us on the same Shi #Glory.”

This is what Nigerian rapper Ice Prince shared on this Twitter page days after he was declared the winner of BET 2013 awards as Best African act.

That pictures speaks thousands of words to him.

Ice Prince really appreciates the little beginning that landed him in Hollywood.