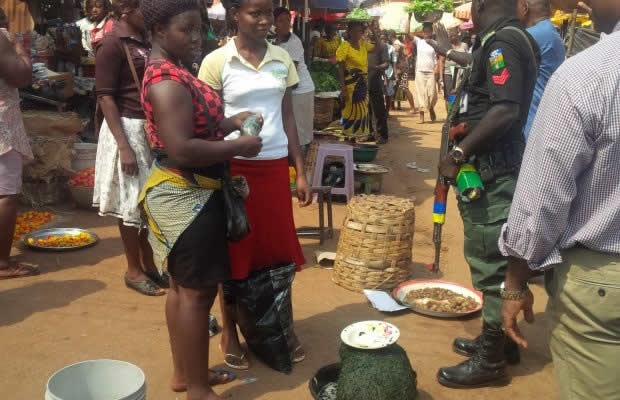 At least 2 persons died on Wednesday at the popular Gariki Market in Enugu.

Trouble started when a Fulani man identified as Ali stormed the abattoir section of the market with a cow.

He met a young Igbo man, Ifeanyi working as an attendant to slaughter the cow.

Shortly after Ali slaughtered the cow, he gave Ifeanyi N400 instead of the N500 fee they both agreed on.

When the young Igbo man requested for his balance, Ali turned him down.

The misunderstanding later resulted in a physical battle between the two.

In the process, Ali who is said to be a Fulani herdsman pulled out his dagger and stabbed Ifeanyi on the stomach. He reportedly slumped and died on the spot.

While Ali was trying to escape from the market, angry Igbo traders grabbed him and lynched him in turn.