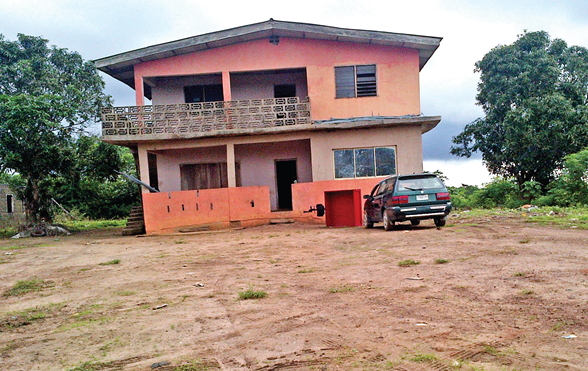 The Farmers who were abducted from a farm settlement in Epe area of Lagos yesterday, said their kidnappers forced them to join in dance, prayers and praise worship after collecting ransom.

“When they took the ransom back to camp, they forced us to join them in prayers and praise worship in celebration over the booty. “Before being set free, we were handed back us sim cards without the phones,” one of the victims, who craved anonymity, said.

The four farmers regained their freedom on Sunday, 24 hours after their family members paid an undisclosed amount of money as ransom. They, however, recounted their horrendous experience in the hands of their captors in the creeks.

According to the victim, the journey to the kidnappers’ den took several hours. “During the day, we were blindfolded and taken to a dense area where we were kept among wild animals. At night, we were taken back to the base camp while torturing commenced on day two,” the farmer said.

The victim said the kidnappers were well-organised and had sophisticated weapons far superior to the ones wielded by Nigeria’s security operatives. “They do not fear the police because of the array of weapons at their disposal,” the farmer added.

The victim recalled that the abductors had a spokesman who handled the negotiations for ransom like a professional. “The spokesman spoke quite confidently and gave instructions, apparently versed in psychological warfare.

Over 20 calls of varying duration at different times of the day were made for over three days – sometimes switching off the lines to make themselves unreachable. Collection of ransom was orchestrated with precision,” another victim said.

According to the abducted farmers, the kidnappers are in the bush watching all activities every day to determine when to strike and are targeting rich farm owners for higher ransom.

“They are trying to recruit foot soldiers from workers in the farming community for better targeted operations. “From this experience, I am quite certain that the abductors are well-organised into teams covering: reconnaissance, weapons’ handlers/shooters, couriers, negotiators; part of a network of militants from the South-South.”

“Part of funds obtained from kidnapping and other criminal activities are being used to acquire more sophisticated weapons and fund expanding payroll. They have no fear of the police.

They have a well-established base camp from where they launch their attacks and keep their victims for as long as they desire without apprehension of being caught.

“The kidnappers have become emboldened by their repeated unfettered successes and the aggregate amount of money they have amassed,” one of the freed farmers said.

According to the victims, the kidnappers are planning to strike again and are intent on getting captives of real “economic value”. “If they are not totally dislodged, they will become real terrorists and carry out acts of greater scope, affecting lives and property,” another victim warned.