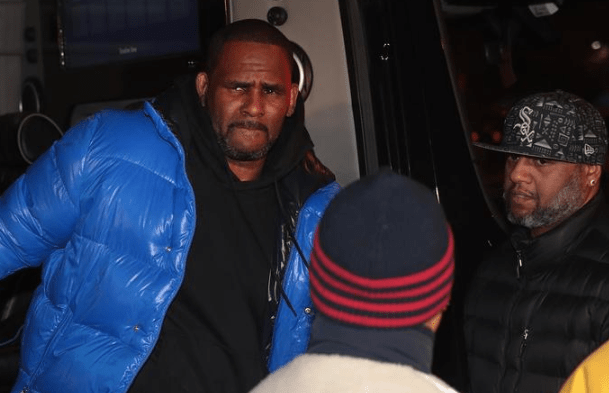 Embattled singer R Kelly who pleaded not guilty to all sexual assault charges on Monday the 25th of February was released after a woman posted 10% of his $1M bail.

The woman in question has been identified as Valencia Love, a daycare owner and resident of Romeoville, Illinois.

Valencia who identified herself as a friend of the singer urged people to allow him to prove his innocence in court .

Here is what she posted in the comment section of one of Daily Mail’s new updates about the singer on Monday.

“I’m not going to say it was my money or [Kelly’s] and he’s not broke. He’s my friend and I knew he needed help. He was going to get out regardless. I just help out a friend if he guilty let him pay for it thru the courts. I wasn’t there, you wasn’t there. Give him the chance and allow him to prove his innocence. He’s not a monster, he’s not […] He’s only been a gentleman to me.”

She is the founder of the Lord and Child Christian Day Care and Love on the Blu restaurant chain in Chicago.