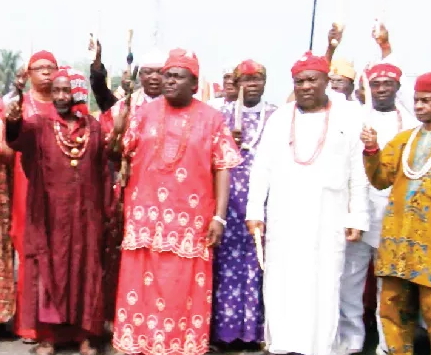 Imo State royal fathers on Tuesday marched the streets of Owerri in a solemn procession over the frequent abduction of traditional rulers in the state.

The procession, which ended with invocation of the gods and pronouncement of curses on the criminals who kidnapped the traditional ruler of Nguru Nweafor kingdom in Aboh Mbaise, Eze Oswald Anyanwu on January 29. 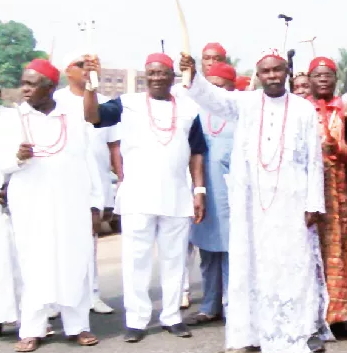 In a statement issued after the exercise and signed by Eze Chidume Okoro and Eze Morrison Eke, chairman and secretary of the Council of Traditional Rulers, Owerri zone, the monarchs observed that the abduction of Eze Oswald Anyanwu added to the list of monarchs kidnapped in the last few years. The statement said it “now looks like a declaration of war against the revered traditional institution and the foundation of our cultural heritage”.

“Monarchs are united in our total condemnation, in the strongest terms of this dastardly act of abomination which desecrates the revered traditional institution. Handcuffing, blindfolding and throwing monarchs into car booths for whatever purpose, desecrates the land and this is responsible for the denials, failures and rejections Ndigbo face at various levels in the society,” the monarchs added.

The monarchs regretted that kidnappers had turned their arsenals against traditional rulers. They said:

“The entire monarchs in Owerri zone will today serve kidnappers in Imo state the ‘first course’ of the ‘fury of a king’.

We hereby issue them an ultimatum to release Eze Oswald Anyanwu within 48 hours from today or face an unending calamity in their lives and their lineage from the source of the power of monarchs.”

They also warned criminals in the state to desist from abducting or harassing monarchs or any member of a royal family in the state.