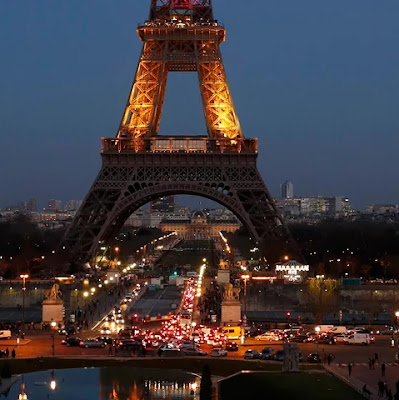 March 22, 2016 – Photos: European Monuments Lit Up In Solidarity With Victims Of Tuesday Terrorist Attack In Belgium 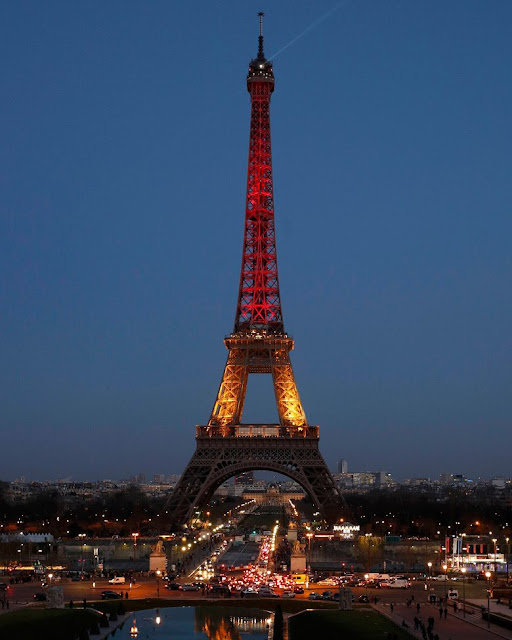 The Eiffel Tower with the black, yellow and red colours of the Belgian flag in tribute to the victims of today’s Brussels bomb attacks in Paris. 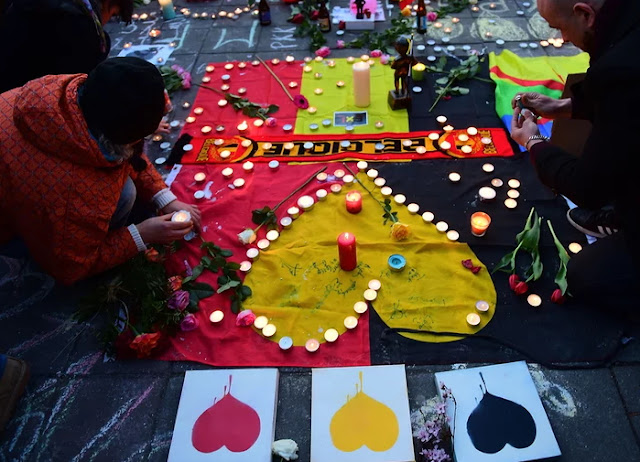 People light candles in tribute to victims of terrorist attacks in Brussels on March 22, 2016 at a makeshift memorial. 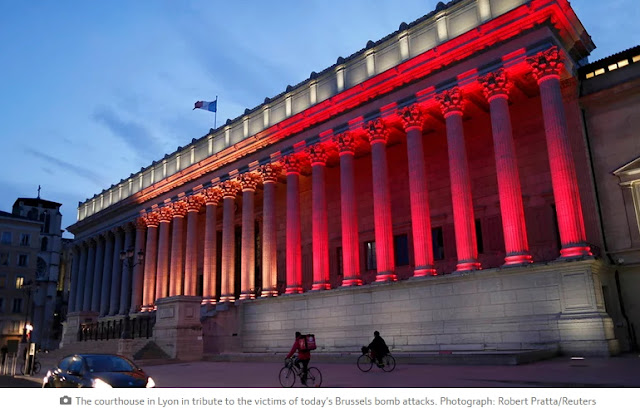 The courthouse in Lyon in tribute to the victims of today’s Brussels bomb attacks.