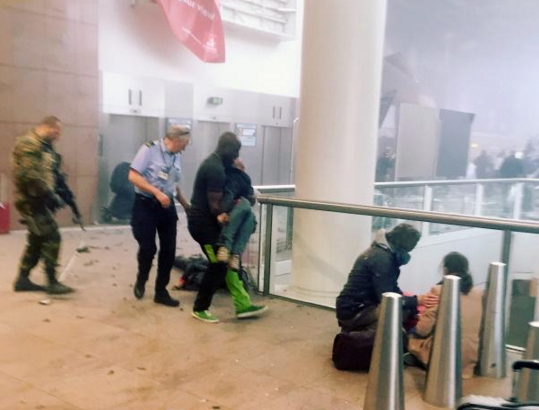 Belgian police officials have started a manhunt for the 3 suspected ISIS suicide bombers who carried out a series of attack in Brussels around 9:00am this morning.

As earlier reported, the terrorists detonated two powerful IEDS at the airport and moments later another bomb went off at a nearby train station.

Over 230 innocent commuters were injured in the attack that claimed over 34 people.

Check out the photos of the terrorists caught on camera moments before the attack. 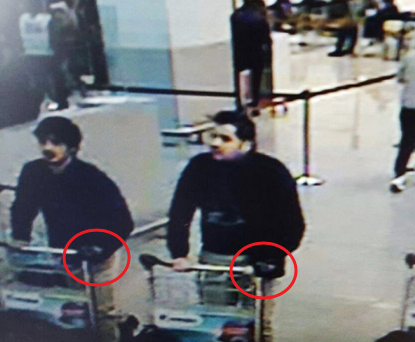 The two of the suspects wearing black glove with ISIS inscription and the other wearing a black hat have fled the scene of the attack. 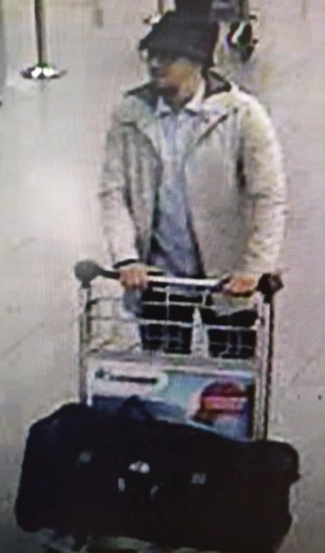