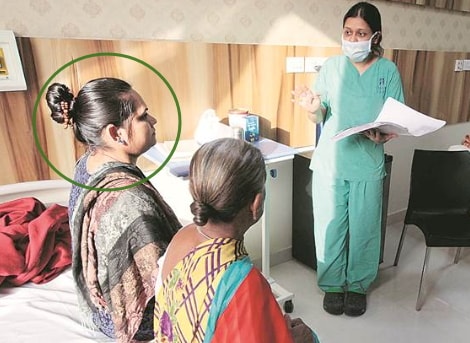 An Indian woman named Meenakshi Valand is getting to deliver her first child using her mother’s womb.

Valand will soon become the first in Asia to give birth to a baby after undergoing a successful uterus transplant recently, said doctors with a private hospital in Pune, a city in southwestern state of Maharashtra.

The uterus translated into the pregnant woman is her mother’s.

The 27-year-old woman is now in her 20th week of pregnancy.

“The uterus transplanted into her has not delivered for the past 20 years,” said the doctors.

“Transplanting the uterus was a difficult task. It was a nine-hour surgery. It is not a very easy surgery, chances of infection were very high.

“The embryo was completely embedded in the lady so that she can conceive,” Dr Puntambekar on Friday.

“This is my mother’s uterus. I am happy that my baby will take birth from the same uterus from which I was born,” said the woman.