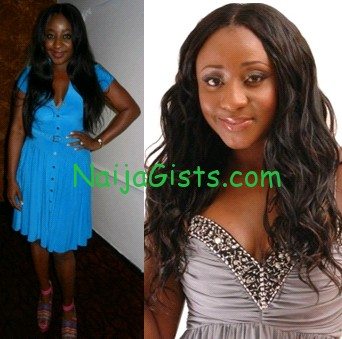 Few weeks ago, Ini Edo confirmed the rumour around her pregnancy with an affirmative YES however the actress was spotted at Stephanie Okereke’s birthday party few days ago with a flat belly meaning she has lost her pregnancy.

On Monday Oct 8, 2012, the actress was contacted on the phone for verification however her aide said she’s sleeping.

Encomium magazine later sent her a text message with no response.

Here is a copy of the text message:

“The text message read, ‘we called earlier, but eddy said you were asleep. There is a story here that you lost your pregnancy and we would love to hear your response as we go to press now.

Since her wedding in 2008, the actress has miscarried more than 3 times.

Ini Edo who has refused to pick her calls is obviously going through a rough time right now.

We wish her well and may the Lord console her.