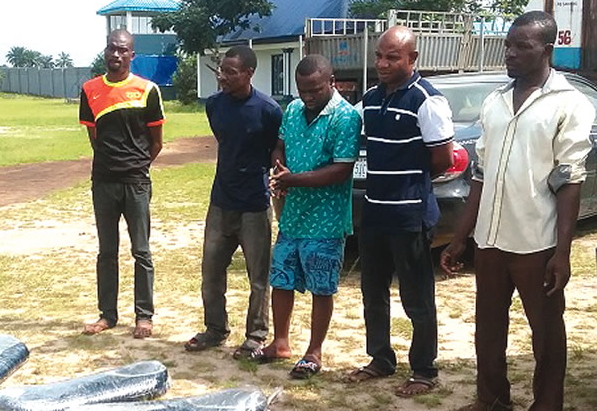 Pictured above are 5 of the six suspects arrested for illegal oil bunkering in Akwa Ibom on Tuesday the 6th of December 2016.

The suspects were caught by Operation Thunder JTF team around 6:26 am while they were taking 2 vehicles loaded with 3000 liters of stolen Automotive Gas Oil (petrol) to Itu Bridge in Akwa Ibom.

One of the suspects is currently receiving treatment at the hospital.