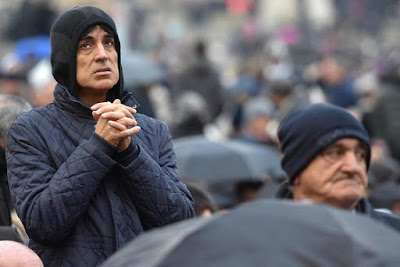 Police in Rome have arrested a mentally unstable man who reportedly broke through the security barrier around St Peter’s Square in Rome and rammed his car through a checkpoint demanding to see Pope Francis.

The 64-year-old mentally unstable man who’s said to be a carpenter rode his car through wooden barricades that surround St Peter’s Square on Friday around 9:30pm screaming to see the Pope.

The carpenter based in Ronciglione, a town about 70km from the Vatican city is said to be undergoing psychiatric treatment.