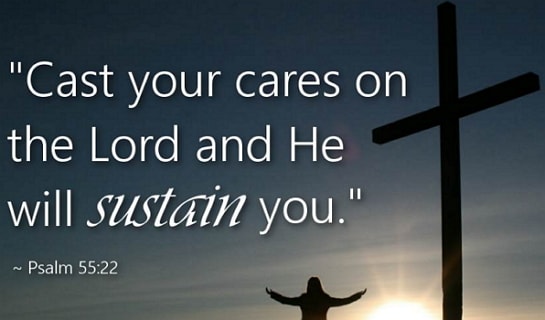 There are two categories of people living around me. One group says that judging by the events happening these days, the world is surely and steadily moving towards its apocalypse, its breaking point, its end, its death. This group insists that these things are so strange they make the end of the world inviting so that we will be free from hearing of matters that sound stranger than fiction. These people cannot make any head or tail of nuclear wars, fathers raising children through their own daughters or mothers marrying their own sons. Naturally, these are all happening because the world is coming to an end, they insist.

Let me support them a little. Think about the numerous earthquakes, uncountable famines, incessant wars, skirmishes, civil strives, increased deaths, unspeakable acts of murder, etc., going on in many countries at the moment. All of these do not favour the continued existence of the world. You could say they are not good for the blood pressure of the world; they are certainly not good for mine either.

Just recently, I read that a beauty queen in Kenya had been sentenced to death because she had stabbed her boyfriend to death, up to twenty-five times. I want to believe, just as you do too, that a beauty queen is supposed to represent probity and be seen to be above board in everything. This is why I cannot ever be a beauty queen. Not only am I not beautiful, I am also too below board in many things, especially probity. I think that one passed me a long time ago.

What I find strange indeed is that the civil rights groups in the country were said to be up in arms against the sentence passed on the beautiful lady. I wish they could have been more up in arms against the stabbing in the first place; the young man had a right not to be killed and his blood ‘spilled everywhere’. How can anyone, let alone a beauty queen have so ungovernable a temper that s/he would stab someone twenty-five times?! What times we are living in!

Or, take another strange scenario. During the last Ekiti elections, I hear that money was a palpable factor. I hear that right on the queue while people were waiting to be allowed to vote, money was distributed to them in order to buy their votes. All I can say is why on earth was I not there to take my own share?! Seriously, can anything be stranger in the land? Is that where we have got to now? When Gov. Fayose introduced his ‘stomach infrastructure’ programme, everyone cried foul play! Now, it seems the stomach infrastructure programme has been monetised by both sides.

Taken together, one can’t quite blame those who say that things are coming to a sad end for the world. The weather has gone topsy-turvy; parents have lost control of their children; children have lost the reigns to their childhoods; beauty queens are only beautiful on the outside, and governments are no longer governing but entrenching themselves whether the people like it or not. Hold it though; let’s listen to the other side.

To them, every event has its own degree of strangeness anyway. After all, when the sun first began to shine, people first ran away from it, then they worshipped it and now, we have come to depend on it. Now, it is strange when it does not shine.

This group points out that the world actually began to decay the minute it came into being, and they have a solid argument to back this up. They point out that when a baby is born, everyone around rejoices because the baby is new. Everyone also forgets that the minute the baby is born, it begins to get ‘old’, while people think it is ‘growing’. So, when the baby celebrates its birthday each year, it fails to recognise that it is celebrating its ‘decay’, the idiot. Birthdays are not recognised as ‘decay’ days (as they should) until the wrinkles begin to show and the bones begin to weaken.

The world, says this group, began to decay as soon as she was born, just like a baby. Naturally, therefore, she would show signs of wear and tear such as misuse (global warming), wrongful interactions (illegal cohabitations), accidents of birth (congenital malformations), character malformations (beauty queens not being beautiful or religious shepherds not leading), incongruous relationships (anomalous sexual orientations), etc. While these may be strange, say they, they are evidences of robust combustions taking place within a living entity or organism. They are signs that the world is alive.

Clearly, the two groups above do not deny that we are indeed living in strange times. What to make of the strangeness is what separates their thinking. Me, as usual, I am on the fence. You should try it sometimes; it is a very comfortable spot to sit when you have got a good balance and do not easily topple over. Me, I just hold on to my thoughtlessness.

Right now, I am very dispassionate about where the world is going. I care neither for its ending or its beginning for that matter. What I care about is that while the world continues, it should be meaningful for all. This means that I am not too fastidious about whether the world stays or goes but what we make of our time in it already.

This is why I fail to understand why Nigerian leaders think that their leadership is all about acquiring. I watched a little clip about President Obama talking to leaders about the futility of simply acquiring money or properties. I believe he was addressing African leaders, and in particular, Nigerian ones. He attributed such behaviour to ‘poverty of ambition’ when one fails to realise that ‘there’s only so much one can eat’, ‘only so big a house one can build,’ etc. I call it poverty of intellect.

The world may be ending or not, I don’t know. Since no one knows, I think it is safer to assume that the world may not have long to live. Our leaders should therefore begin to think of the good they can do rather than the properties they can acquire. These properties and all the Cayman Island accounts and the Swiss accounts are all unfortunately going to go under within minutes if the worst does happen.

On the other hand, if one’s resources are put to good use for mankind, there is no telling just where it might reach. Who knows, it may even help to keep the world alive. Certainly, I know it will help to make the world go round.

Monday Laugh By Top Commentator Bench: How To Kill *** To Use Am Do Pepper Soup
Challenges Of Being A Pastor’s Kid: Travail & Personal Struggles Of Preachers’ Children