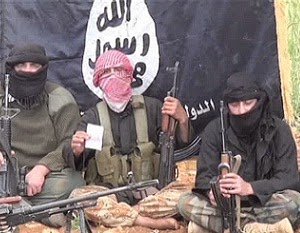 A freelance journalist identified as Ahmad Salkida is a popular name on Twitter. 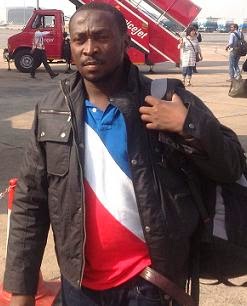 He came into limelight when the Nigerian government declared him wanted few years ago for aiding terrorism because of his closeness to Mohammed Yussuf, the founder of Boko Haram in Borno State.

He fled Nigeria to Dubai for refuge and returned to Nigeria earlier this year when President Jonathan’s administration hired him to negotiate with the terrorists on behalf of the abducted Chibok girls.

Yesterday he took to his official Twitter page @ContactSalkida to give his own view of what Boko Haram wants.

“The name BH emanated frm Bauchi in ’09 & has reduced d scope of d BH ideology to only mean they forbid Western education. In 2006 late Yusuf personally handed me a press release that stated, Islam permits them to subsist under a modern govt but has explicitly prohibited them frm supporting such govts as far as their structures contradict core Islamic beliefs. Yusuf had never hide d desire of BH to carryout Jihad & ultimately secure Daula(State), d dream of every ‘Jihadi’ movements.

Many have suggested BH was d offshoot of growing unemployment. Clearly, there’s huge & frightening degree of unemployment. but d fuse that drives BH terror is wt d sect’s doctrinaire. What we r dealing wt is a growing global ‘Muslim’ ideologue.

BH do not see me & othrs as Muslims because of our inclination to western schools & civil obedience based on d constitution. Teachers & students r killed bcz they r seen by d sect as laying d foundation for secular way of life. Security agents r ‘Taghut’ (Idols) by BH & r killed whether Muslims or not, even a negotiator has no life guarantee. Anybody that says BH want ppl prosecuted or immunity is an imposter bcz BH believe our courts r all forms of Taghut.

The central theme of BH ideology is to reject & dissociate oneself in d belief of all forms of deities. Taghut to them r persons or institutions that aid d Constitution & Western educatn that lay d foundation for secularism.

They indoctrinate sect members to hate even their own parents, brothers etc if they r associated wt ‘Kufr’ 3(denial of truth). BH believe they r Sunni Islam, they want to return ‘Islam’ to what they view as d interpretation of first generation Muslims.

The BH that kidnaped girls & on rampage have nothing to do wt our local politics, they r inclined to global ‘Jihad’ movement. Athari – Shekau’s interest pre- ’09 is a creed/movement of traditionalist Islamic scholars who reject Islamic ‘theology’ in favour of strict textualism in interpreting Qur’an & Hadith. To engage in rational disputation is forbidden.

To BH, d validity of human reason is severely limited & rational proofs can neither be trusted nor relied upon. When moderates argue that Muslims can join politics, schls, civil service etc to be able to compete, BH argues to d contrary.

BH/IS use this verse: “When your Lord revealed to the angels: I am with you, therefore make firm those who believe. I will cast terror into the hearts of those who disbelieve. Therefore strike off their heads and strike off every fingertip of them.” 4/4

Moderates believe that BH/IS interpret this verse out of context.

Moderate Muslims bliv that d background for this command is within an actual battle situatn, Battle of Badr in d yr 624. Same way Christians argue that I Samuel 15:3 that command King Saul to commit genocide must not be used out of context.

Fear is a uniquely & effective weapon for BH, their rhetoric’s currently outstrips their capabilities & it has affected d army. From 2012 to date BH have killed & beheaded even their members & Ansaru for breaching Bai’a (pledge) to Shekau, They rely on a Hadith of Abu Hurairah that forbids them to disregard one’s Bai’a to an Imam.

I’m afraid, this crisis may go out of control. Sources say IS has sent envoys to examine BH, “if they have an agreement. we r likely going to see IS asking Jihadists that cannot travel to Iraq/Syria to go to Nigeria & Libya to fight”

BH got its major initial funding frm what they call ‘Fai’u’ robbery. Btw 2010/12 over 500M naia was carted away frm banks. BH r also engaged in ‘extortion,’ small scale & high profile kidnapping, and ransom is their biggest war chest. Noncombatant or inactive members also contribute proceeds from their businesses from all over Africa.Contributions also come from like-minded Jihadi groups frm like AQM & frm other groups around d world.

A large chunk of their weapons & other hardware r seized frm Cameroun security forces but in most cases from d Nigerian Army. Today my sources told me that d money, resources, food & military hardware they got frm #Mubi can sustain their war for 1yr.

BH wants to implement their brand of Sharia. Muslims, Christians or Atheists who oppose their doctrine will be attacked. Except according to them d ‘unbelievers’ in their caliphate will pay tax & live according to certain rules set by them.

If by tmrw d Sultan of Sokoto becomes Nigeria’s leader & every Christian convert to Islam, BH will continue their onslaught. Their grouse is wt d institution of democracy & our way of life.

To BH, both supporters & secular institutns must be destroyed.
The chances of BH agreeing to a ceasefire/retreat frm captured territories thru peaceful means as recently announced is 1/10.

Danladi Ahmadu who is claiming to be working with d FG on peace settlement has nothing to do wt BH as a group or its leaders. The name Danladi in d first place based on BH doctrine is Kufr, d name means someone born on Sunday which to BH is apostasy. Again Danladi, always refer to Allah as ‘Ubangijji’ in Hausa, a name BH consider to be Shirk (deification). Using d prefix of Uba (father) & gijji, a name of an idol, Ubangijji (Master of gijji) is a word BH leaders preach against.

BH believes that their “success” is built wt d blood/Shahada of their brethren & many prefer to die in war than in peacetime. Any negotiation by BH will have to be strictly guided by Sharia & NO govt will suspend its constitutn bcz its treason.

The Danladi saga reveals absolute lack of basic knowledge by those prosecuting the war on terror in Nigeria. Captives can be released based on a swap arrangement but for d FG to get BH to dialogue they have to change d tide.

In May 2014 BH had agreed to release captives for 400 of their members but few hours to d swap d FG called it off. Shekau then became angry when d swap in May was called off. He then shifted d goal post to ‘all members’ (over 2000) of them. What affected my intervention with two other passionate & patriotic Nigerians was unhealthy rivalry and backstabbing by different cliques around d president, even d agencies of govt r not holistic in their work.

Anybody that claim BH will release captives for 10 or 30 detain members is being misled by his contacts if he has any. The idea of releasing a few Commanders came about by some middle level BH members that think Shekau may have cold feet if he sees some of his associates after long, he may reverse to d May 2014 concessns which seem more doable for any govt. The BH doctrine, according to its leaders, attach d same value to both foot soldiers & leaders. Any loyal BH valuable.

I have always said on this street & in a recent interview that d release of chibokgirls should have been a national emergency. However, I strongly believe that Shekau said he married out all chibokgirls in anger. He will not repeat previous threats. To repeat the same threat more than twice, according to sources, present d group as weak going by their ‘conquest’.

Shekau value his membrs in detentn probably more than d girls, so chances r he can let them go esp if d girls want 2 return. The decision to free captives is, if they prefer to leave & if Shekau is satisfied wt d number of prisoners to be swapped.

For chibok mothers they don’t care if their daughter’s r married or not, they want them back home that is what is important.

The Cameroun govt released over 200 suspects, after 4 days BH released hostages, d FG doesn’t need any negotiator for this. There are NO shortcuts to this crisis, as I said in my recent interview newswirengr.com Govt must change d tide to their favour. To release captives in a swap wt BH is not d same wt negotiating an end to this conflict. They must be two different things.

According to BH, to forsake Sharia is (Kufr Al-Akbar) to retreat from Bama, Gwoza, Mubi etc is such Kufr, they will no.

According to BH their brand of Sharia is superior to d constitutn therefore negotiation will be dictated by d later. No govt can suspend its constitution. Therefore, d most realistic option is for d Nigerian Army to meet BH in d battle field. BH have moved frm a Jihadi group like Al-Qaida to a Daula. They bliv it is Allah that gave them conquest, so no compromise. Daula to them henceforth is conquering territory, town after towns, no retreat even if d last person will die. Apparently there could be d political Boko Haram that uses d name of d group to carry out assassinations of some opponent’s.

Again, there r some politicians & security contractors both in d North & South that have grown tall on d crest of BH crisis. But d political BH or criminal elements cannot blowup themselves, they r not capturing territories, they r in d minority.

Politicians r not involved in d ideological BH that r responsible for about 90% of d violence in Nigeria & Cameroun. The FG’s only crime here in my opinion is how they have so far mismanaged d crisis.

What is important here is to say nothing but the truth. We have to understand this problem as it is how can we stop this war?

As long BH makes sustain territorial gains, they will determine the course of any negotiation. the only way out of this is for govt to fight if it can, but if it cant, then it must give in to d demands of BH. We can only fight with a professional army that is accountable and respect those they are defending.

So BH have one of the fastest growing army, the number of conscripts out numbers the death. how this stop?

Govt must ensure that NO more territory is lost, they must bring in new thinking that is devoid of corruption.

BH has nothing to do with FG, GEJ or the Niger Delta they only feed on our differences & obsession wt conspiracy theories. BH ideological army not conscripts go into war to die than come back alive. We ‘v to give d NA tht feeling to die 4 Nigeria.

My links to BH can be categories into two: (1) Is that of a decade-long source and a persistent reporter. (2) Pre- ’09 BH I was close to late Yusuf on account of my reports & he showed tremendous respect for me b4 his followers.

Thank you Nigerians for ur understanding, I’m human I make mistakes but I’v Neva lost my humanity to love & respect others.”