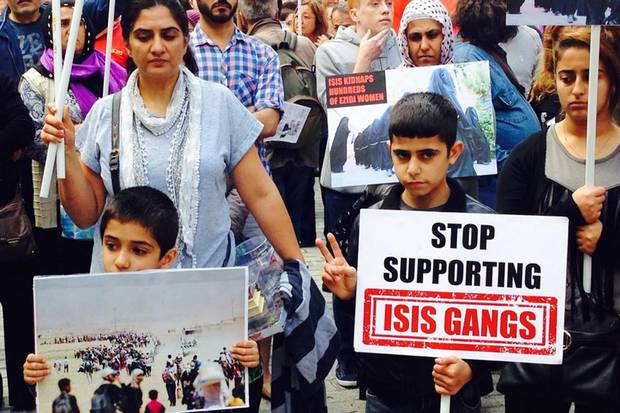 The Department of Homeland Security, the FBI and the National Counterterrorism Center issued a joint intelligence bulletin to law enforcement across the U.S.

The bulletin doesn’t warn of any known active plots. But it serves as a general warning of heightened threats. It says extremists could launch attacks tied to Independence Day or in reaction to perceived defamation of the Prophet Mohammed.

CNN reported in recent weeks that U.S. law enforcement officials believe the Islamist terrorist threat is the highest in years. The officials have raised concern about possible domestic attacks tied to the July 4 holiday and the upcoming visit of Pope Francis.

The FBI and the Justice Department’s national security division have moved aggressively in recent weeks to arrest and charge extremists thought to be plotting attacks or supporting groups such as ISIS.

The FBI has increased its surveillance and monitoring of some suspects.

Also on Friday, Department of Homeland Security Secretary Jeh Johnson issued a statement in response to the attacks in France, Tunisia and Kuwait, saying in part, “Particularly with the upcoming July 4th holiday here in the United States, the Department of Homeland Security and the FBI continue to communicate with state and local law enforcement about what we know and see.

“We are encouraging all law enforcement to be vigilant and prepared,” the statement continued. “We will also adjust security measures, seen and unseen, as necessary to protect the American people.”

Continue Reading
You may also like...
Related Topics:independence day, isis attacks, us