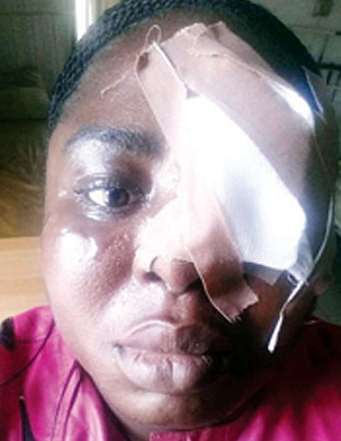 Latifat Adeyemi, a 27-year-old hairdresser has been battered by her aunt’s hubby at their family house in Solebo area of Ikorodu Lagos.

The suspect identified as Alfa Rasak Alabi, an Islamic cleric reportedly broke into Latifat’s room to remove her AC unit after he claimed that the gadget consumed too much power.

When she tried to argue with him, he reportedly flogged her with a piece of cable which led to her admission in a private hospital.

Latifat and her grandmother had been living in a bungalow at the back of the house for the past 20 years before the suspect moved in after reconciling with his wife.

This is what the victim told police;

“My aunt is a nurse and she is based in the US. She put her mother in the house and asked me to cater to her. Grandma and I had been living in that house for over 10 years.

“Alfa (Alabi) and my aunt separated over 20 years ago. They never had a child together. But last year, they reconciled and the family said we needed a man in the house; so he moved into the house. He evicted our last born, but I stayed behind because of grandma.

“Last week Friday, when I returned from Surulere around 7pm, I saw that he had broken into my apartment and removed the AC there. He said the AC consumed too much power.

“I made a call to my uncle and I told him that I would be packing out of the house because I was fed up. As I turned around, he hit me in the eye severally with a spanner and as I ran off, he picked a cable piece and flogged me.”

Alfa Rasak Alabi has kicked both Latifa Adeyemi and his wife’s mother out of the house. 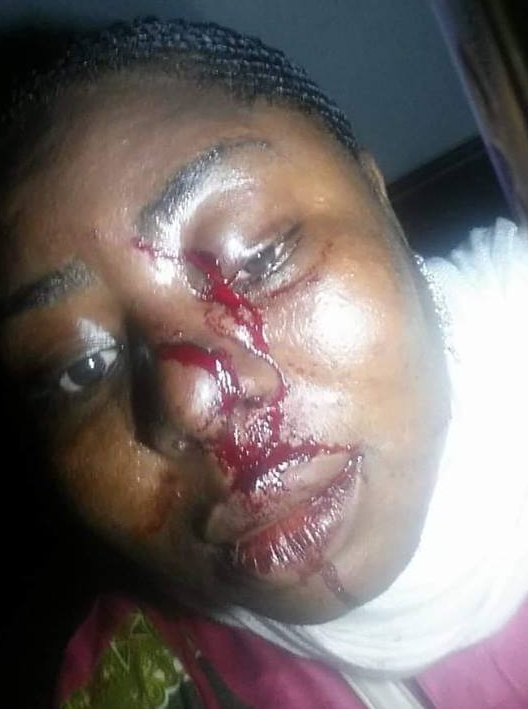 He reportedly locked the gate and fled to an unknown location.

He has been declared wanted by police. 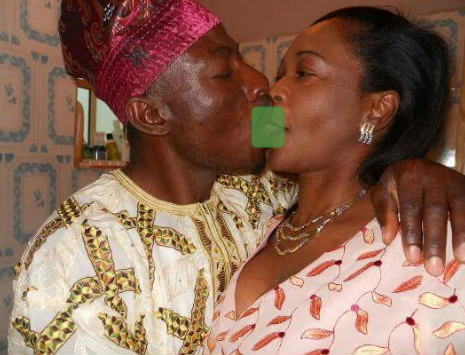 Pictured above is the suspect and his ex-wife after their reunion.