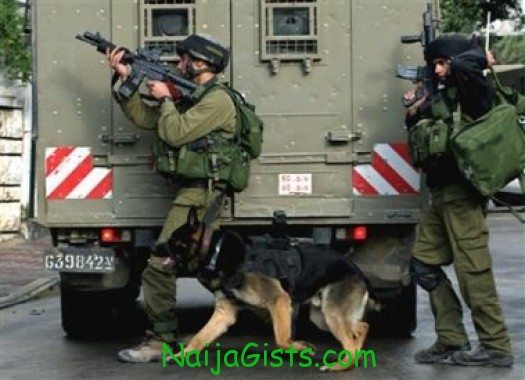 The Israeli government has offered to provide security services to the Federal Government to help it tackle the Boko Haram sect.

Israel Ambassador to Nigeria, Moshe Ram who made the disclosure yesterday during the presentation of medical supplies to victims of Madalla bomb blast said Israel was willing to offer its intelligence expertise to the Federal Government to halt the menace of Boko Haram. naijagists.com

He said, “We have present our offer to help Nigeria to fish out and expose the aliens popularly known as Boko Haram from the grass root where they operate.

“We therefore offer our service and intelligence to assist Nigerians on how to encounter these aliens because Nigeria is our neighbour which must not be left alone at this trying period.”

He called on the federal government to put in place strong policy to combat terrorism, adding, “The government and the people should exercise a very strong policy to prevent and pre-empt such occurrences with an iron face by not allowing terrorist determine its way of life.”

Alhaji Sidi who was represented by Director of Relief and Rehabilitation, Mr. Edward Maigida assured Israeli government that the medical relief material will be distributed accordingly without bias.(vanguard)