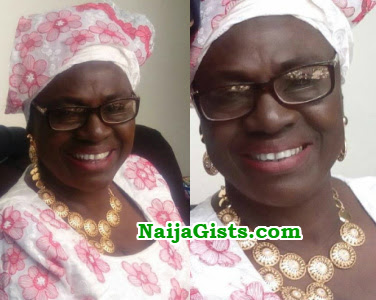 Celebrated Nollywood actress Idowu Philips son, Femi in a new chat with Gbenga Adeniji talks about his mother’s career and her plan for the future.

See excerpts of the tell-it-all interview below:

Can We Know A Bit About You

I am the fourth child. I was born and grew up in Lagos. I attended primary and secondary schools in the state before proceeding to the University of Ilorin and the London South Bank University for undergraduate and post-graduate degrees respectively.

I live in the United Kingdom. I enjoy writing and socialising with friends and making friends. I derive joy in film-making. 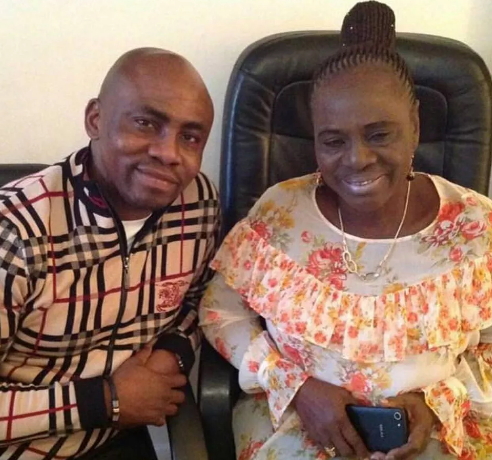 What are the memories you can recall growing up with your mother?

My mother became the breadwinner of the family following the death of my father. She is solely responsible for the upkeep of my brother, sisters and me. My mother made sure we all received quality education.

She is highly disciplined and a strict woman. She always devotes quality time for all her children while we were young and even now. Despite being strict, my mother loves all of us and she is close to us. She helped us with our school assignments and sometimes beat us whenever we misbehaved.

Where were the places she took her family to for relaxation and did she tell you why she chose the fun spots?

Though she is a busy woman, she found time to take us out to the cinemas to watch stage plays by Adedeji Ogunde, Baba Mero, Baba Sala, Duro Ladipo and many others. She also took us to the rehearsals of the Osumare Theatre Group. The rehearsals held three times weekly at the time. The reason she chose the cinemas and theatre rehearsals as places for us to have fun was because she wanted us to have a deep knowledge of theatre and enjoy educative shows.

Your mother is a popular actress. Did she encourage any of her children to follow in her footsteps in terms of career choice?

My mother is an understanding person. She respects her children’s individual choice and interest in the area anyone desires. She has been supportive since I embraced the film-making. Sister Olabisi and I showed interest in film-making and my mother has been very helpful in our career choice. She also gave others, who showed interest in other careers, her support.

Which of the movies she has featured in is your favourite and why?

I started writing scripts for Osumare Theatre Group since my secondary school days. My mother also played lead roles in all the movies. Some of them included Alamu se’ni yan (roughly translated means Alamu is a nice man). The movie was a hit when it was released. It was followed by Odunmbaku; Elepo robi; and Anikulapo among others. I wrote scripts for the movies as I earlier said and they were directed by Abbey Lanre, who is a prominent director. I am happy with my input in all the movies. We have worked together on many movies and I really learnt from her experience. I will continue to learn from her.

How does she create time for her family?

My mother used to be quite busy when we were growing up; but despite that, she ensured she gave us attention. She is a single mother of five children. As a nurse and actress, she made herself available and spent any of her spare time with us at home.

In what ways did she enforce discipline on any erring child?

My mother is a disciplined and strict woman. Though she is strict, that didn’t prevent her from showing love to us. She corrected us with love.

Can you recall anytime she disciplined you and what you did wrong?

I remember when I was young. I went to play and later rode a bicycle. When my mother returned home, she did not see me. She searched for me and when she couldn’t find me, she decided to wait until I came home. She took her time to beat me.

Who are your mother’s friends?

When we were growing up, my mother’s best friends were Mrs. Akala and Dewura. She also has other friends among wives of well-known colleagues in the movie industry.

What is her best form of relaxation?

My mother’s best form of relaxation is watching movies. If she is not watching movies, she would be in church. She owns a Cherubim and Seraphim church in Ogun State. The church celebrated its 10th anniversary on October 15, 2017, and eminent actors, actresses and singers graced the occasion.

How close are you to her?

We are very close. As she is close to me, she is also close to my siblings.

What are the values you have learnt from her?

My mother respects everybody. She treats her colleagues and everyone, both young and old, equally. She is also a good listener. She takes her time to listen well to people before passing judgment. I have learnt all these from her and endeavour to exhibit them in my relationship with people.

How does she react when angry?

She rarely gets angry and when is angry, she avoids talking or reacting immediately.

In what ways would you say her name has opened doors for you?

Like I said earlier, I started working closely with my mother in film-making when I was in secondary school. This gave me the opportunity to work with prominent actors and actresses.

What kind of mother is she?

My mother is a caring, loving and accommodating mother. She accommodates friends and children of family members in her house. She is responsible for their upkeep and payment of their school fees.

What is her favourite food?

She enjoys porridge and eba with vegetable stew.

What is her favourite drink?

She loves drinking water and at social occasions, she can take malt drinks.

My mother has what I will call a normal schedule. If not for film-making, which always requires her to be at locations, she would prefer to be in church all the time. She enjoys being in church to teach God’s word and preach to people.

What is the feeling like watching any of her movies?

It is usually interesting watching the movies my mother features in. She improves always in spite of her years of experience in the industry.

She always wants to watch any film she features in with people so they can point to her mistakes for her to improve on them. I am also currently working with her on a three-in-one movie project, featuring distinguished Nigerian and United Kingdom actors and actresses. The movie, titled The Saint, is a true-life experience work to be shot in London and various parts of Nigeria.

Did you receive any form of special treatment from colleagues and teachers by virtue of who your mother is?

How sociable is she?

My mother always tries to be present at any occasion she is invited to. Sometimes, she acts as the master of ceremonies at some of the events. But now, she tends to attend church activities more.

What kind of music does she listen to?

My mother enjoys listening to the music of King Sunny Ade, Ebenezer Obey and IK Dairo.

She is comfortable wearing native attire.

What is her favourite quote?

She likes to say, “Keep away from people who try to belittle your ambition.” This is true because some friends always do that; but the really great, good friends make you feel that you too can become great.

Her favourite brand is Range Rover. She has a desire to acquire one.

How did she cope after losing her daughter?

Being a religious person, my mother held on to the word of God as her pillar during the period.

Did she tell you why she didn’t remarry?

I remember that she always expressed how much she loved my father. She said she promised to devote her life and time to the children and the Osumare Theatre Group after my father’s death.

Your mother is popularly called ‘Iya Rainbow.’ Did she tell you how she got the appellation?

She got the appellation, Iya Rainbow, at a film location when she was asked the meaning of Osumare in the Osumare Theatre Group. She explained that it means rainbow and since then, people started calling her Iya Rainbow.

What does she want to be remembered for as an actress?

There are two things my mother always talks about which she desires to be remembered for apart from her contributions to the movie industry.

She wants to produce a movie, ‘Aye Rabiatu’ to document her true-life story and build a church and name it after her father, Ifemade. She already built the church which is a cathedral.

What is her view about the state of the nation?

My mother believes it is time to have a frank talk about how to restructure the country. Restructuring is the way to go. At 57, she feels the country is moving at a slow pace trying to overcome numerous challenges associated with developing nations.

The President has achieved approximately 30 per cent of his electoral promises from my point of view. He has done well by getting a court order proscribing the Independent People of Biafra. He would do better by labelling the criminal herdsmen a terrorist group especially with the mindless killings they have carried out.

As Nigeria is 57, her thought about the country is that it should attain true federalism as being advocated by our leaders across Nigeria. We need to start utilising our potential and resources as a nation. We have a long way to go as a country despite our size, resources and human potential. Corruption is still like a cancer eating deep into the fabric of our nation.

Continue Reading
You may also like...
Related Topics:aye rabiatu, movie