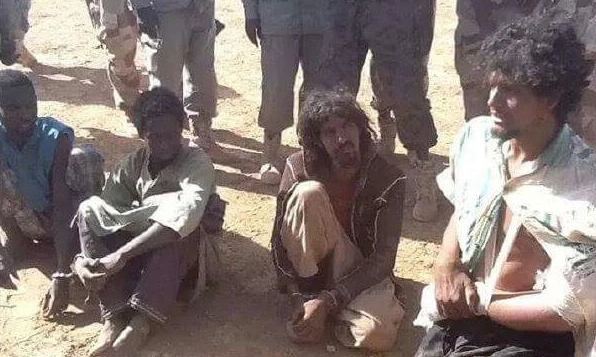 The Nigerian military is planning to hand over six foreign men arrested for fighting for Boko Haram Jihadi sect in Borno state over to the Nigeria Immigration Service.

This was made known by Brig.-Gen. Victor Ezugwu in Maiduguri yesterday.

According to Ezugwu, the suspects consist of 4 Cameroonians, 1 Jamaican and a Chadian.

He added that the suspect would be taken to this NIS office this week for deportation.

348 other suspects arrested in connection with terrorism were handed over to Borno State Government yesterday.