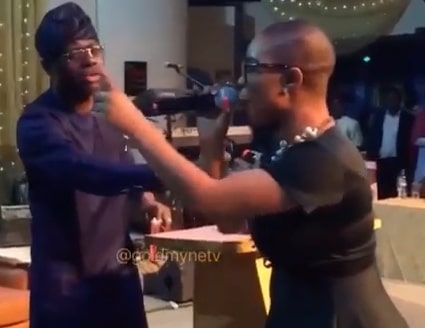 Eyewitnesses said Palmer came directly to the front with a mission to disgrace the politician but he was smart enough to step back as the lady kept pursuing him. 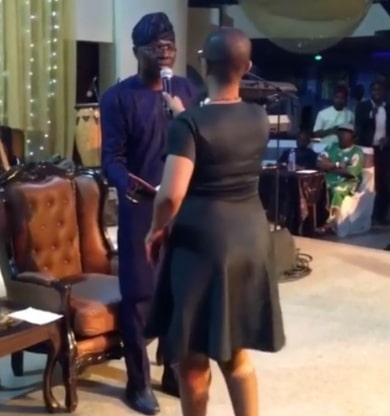 It was the last minute intervention of some people in the area that saved the night for Mr Sanwo Olu.

Watch the short video below

The aggressive woman said she’s smart enough to ask a question but her attitude has put her smartness claim to test.

A smart woman can never do such. 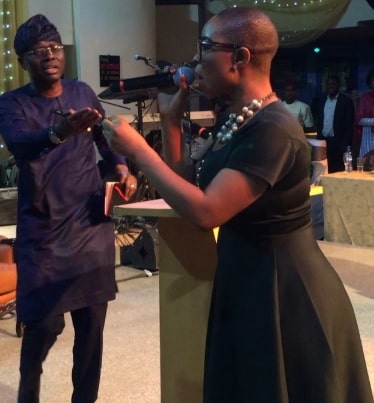 It is obvious someone somewhere sent her to interrupt the political candidate.

Such show of shame is very rare in Nigeria.

Nollywood Elder Harry B Anyanwu: I Joined Nollywood In 2012, I’m Not A Veteran Like Many Assume
Nora Potts Real Age Revealed!! “65 Years Old” Woman Who Looks Like 46 Breaks Silence