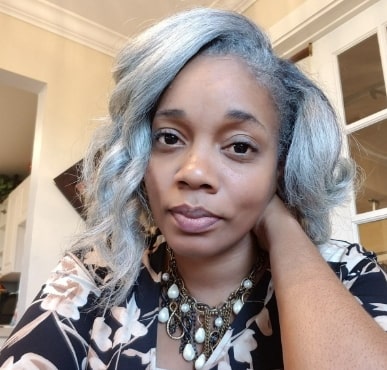 A beautiful woman whose hot photos went viral on the social few days ago has finally breaks her silence.

Florida-based Nora Potts who was honoured by her social media admirers as a 65  year old in the body of a 33  years old woman last week now said the post was overrated.

Nora took to the social media over the weekend to set the records straight.

Here is how she dispelled the rumour via Twitter.

What I have learned in life is a lie travels faster and longer then the truth. I am not 65yrs old, I am not 49 years old. I'm 46 because I skipped 45 ( Can't be 45 with yall president!) pic.twitter.com/VjcFrZr2lN

My Beauty Secret is God! #RightLightForASelfie
Until you are in the light of the Lord you'll never get a true image of yourself! pic.twitter.com/hUmNoktAho

Before Nora Potts debunked the fake news, here is what another person who knows nothing about her posted on the social media.

The internet is undefeated!!! Who makes up this stuff? pic.twitter.com/ZltsEWsfBr

She still looks amazing at 46.

Friends stop believe all the lies you read on the social media.