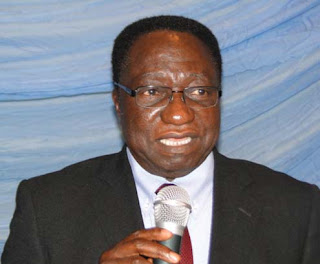 Professor Dibu Ojeride, the present registrar of JAMB is happy to be alive today following an assassination attempt on his life this past Monday.

According to him, some suspected hired assassins attacked his residence in Abuja on Monday evening.

The gunmen jumped the fence and entered his house through the back door.

Though the security men were stationed at the gate, the gunmen managed to gain access through the back door.

Professor Ojerinde’s children narrated the story to him.

The gunmen searched everywhere in the house but fortunately for the Ojerinde, he had travelled for an official assignment.

He has officially file an incident report at Maitama police area command, with the divisional police officer in charge of the command, Danladi Isa, confirming the story, noting that the command had swung into action to unravel the motive behind the mission of the intruders.

Meanwhile, the police personnel attached to the house have been arrested, detained and are being interrogated, including other private guards.