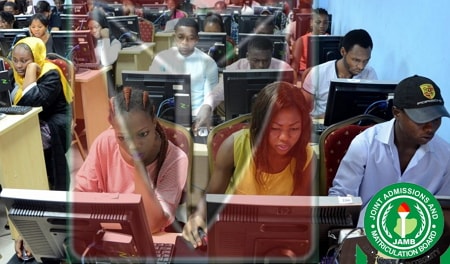 The Joint Admissions and Matriculation Board ( JAMB ) has said that the 2018 Unified Tertiary University Examinations ( UTME ) candidates who could no longer access their results might have had their results withheld.

The Board’s Head of Media, Dr Fabian Benjamin disclosed this in an interview with our correspondent on Monday in Abuja.

Some candidates have earlier, cried foul following the removal of their released UTME results from the website of the Board, after initially accessing it.

The candidates complained that the site displayed, “You do not have any result yet” or “you did not write the examination,” after such results were earlier published.

According to Benjamin, the board may reschedule the examinations for some whose cases are exceptional but some results may have been withheld.

“Once you don’t see your result after a while it means it has been withheld.

“However, there are exceptions and the board intends to reschedule the examinations for those who fall in that category but they would be contacted before then.”

He explained that the board was still working to release other results.

He also noted that the board would continually give an update to the general public on its latest developments as time goes on, especially if there are any changes in the system.

Benjamin also enjoined those who intend to change their choice of institutions before the 2018/19 admissions process begins, to visit the board’s site and follow the procedure as displayed.

He said the process has been ongoing and costs N2, 500 only and can only be processed online, just like every other process of the board. [NAN]