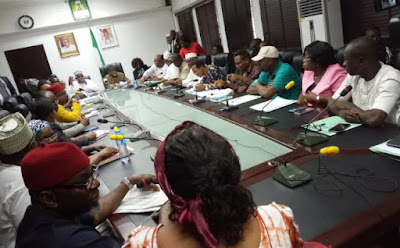 ASUU has called off its 5 weeks long strike and ordered members to return to the classroom with immediate effect.

The President of Academic Staff Union of Universities, Professor Biodun Ogunyemi revealed this while addressing journalists around 9:30pm tonight.

He said an agreement has been reached with the government.

Ogunyemi said the signed agreement will be implemented next month.

All lecturers are to return to the classroom tomorrow Tuesday the 19th of September 2017.

Continue Reading
You may also like...
Related Topics:asuu, calls, off, strike