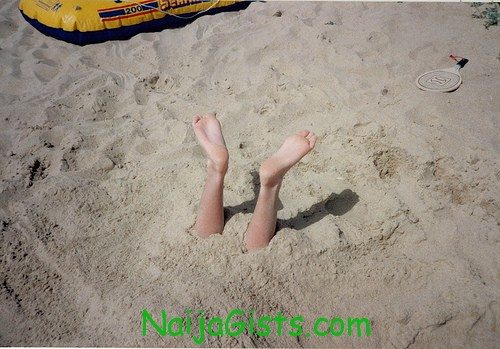 A 24-year old man by the name of Janaka Basnayake has died while trying to break Guiness World Record for the longest time buried alive.

The silly man buried himself in a 3-metres deep trench, enlisting friends and family to seal him off with wood pieces and a mound of soil.

6.5 hours later, he was pulled out unconscious and later pronounced dead at the hospital.

The Guinness Book Of World Records does not recognise burial attempts as it does not want people putting themselves in danger.

His mother, L.D. Leelawathi, told a local newspaper that her son’s infatuation for daring stunts started when his was a child and stemmed from his love of movies.

The Sri Lankan government has warned its people not to try similar “high risk events”. (credit:Yahoo)