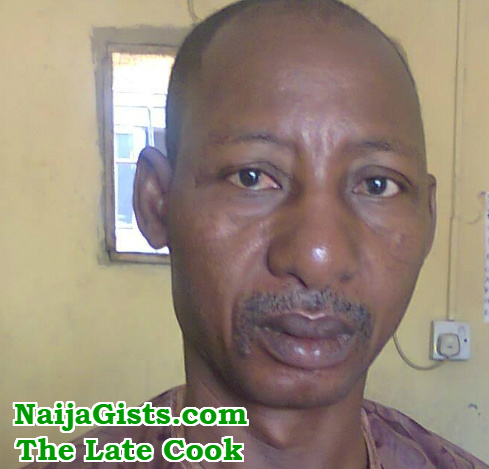 Achagwa allegedly hanged himself on a tree.  He was said to have greeted his colleagues at the lodge about 1.44p.m., yesterday before he went back and climbed a tree behind the lodge and hanged himself. A close associate of Achagwa, who craved anonymity, said the deceased had been complaining of the attitude of his daughter.

According to him, the late steward had been saying “this girl will kill me”.

“He came and asked me to delete someone’s number from his phone. I told him I didn’t know how to delete it. He left angrily, only for me to hear after some few minutes that he had hanged himself.” 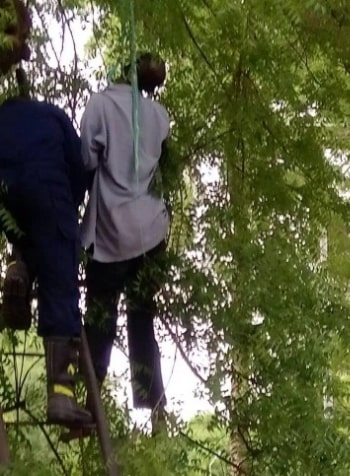 Achagwa, who retired from the civil service about three years ago, was retained by the governor owing to his exceptional delicacies. He was also said to have been promised to be appointed as village head of Dille in Askira Uba Local Government Area.

Other sources at the Government House were of the opinion that the suicide might not be unconnected with the non-payment of his retirement benefit and gratuity, as he had been expecting that he would be given his gratuity before the end of Shettima’s tenure.

When our correspondent visited the Government House, Maiduguri, people were trooping to the Presidential Lodge, where security operatives and officials of the Fire Service were trying to bring down the body from the tree about 2.37p.m.

But reacting to the incident, the governor’s Special Adviser on Communications and Strategy, Malam Isa Gusau, said in a statement that Shettima supported Achagwa to build a seven-bedroom apartment and also gave him a car.
Gusau said Shettima was shocked and had been wondering what kind of depression could push Achagwa, who was generally known to live comfortably, to resort to taking his own life.

“Governor Kashim Shettima is deeply shocked by the unfortunate incident especially given the fact that John who seemed to be in his mid-60s, was publicly known to be one of the governor’s favourites as he served important guests at the Presidential Lodge for more than 30 years.”

Gusau said the Commissioner of Police, Mohammed Aliyu, was earlier at the scene of the incident, which was a garden around the Presidential Lodge where Achagwa worked.
The commissioner also confirmed to journalists that from police preliminary investigations, Achagwa lived a comfortable live but the police were determined to take investigations to his family to establish possible causes of depression.