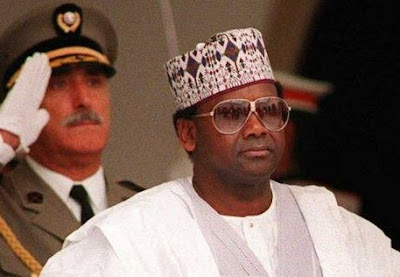 The Jersey Island government on Tuesday insisted that $300million Abacha loot would not be released to Nigeria if a third party representation is brought into the picture.

Attorney General of Jersey Island Robert J. MacRae QC stated this on Tuesday during the on- going 7th Session of Conference of State Parties to the United Nations Convention Against Corruption in Vienna, Austria.

A statement yesterday by Head of Media and Publicity of the EFCC Wilson Uwujaren said.

MacRae spoke at a side meeting with the Nigeria delegation led by acting EFCC Chairman Ibrahim Magu.

“The Jersey Attorney General expressly stated that negotiations in respect of repatriation of the USD300 million being part of the Abacha involving Jersey, Nigeria and the United States, “must be government to government cooperation”.

“The EFCC was accompanied to the meeting by four members of the Nigeria delegation.”