American rapper Freddy E is dead. The aspiring rapper killed himself after a couple of disturbing heart break tweets he shared on Saturday January 5, 2013. naijagists.com

Frederick Eugene Buhl popularly called Freddy E and his ex-girlfriend, Honey Cocaine were both signed to Tyga’s record few months ago and that’s when their relationship started.

Before killing himself, the distrust rapper took to Twitter to express himself to his family.

In the tweet, rapper Freddy E said the following:

I’m sorry. God … forgive me.
I love you Katherine.
I love you Dad.
I love you Mom.
It’s ..all…bad… y’all *puts finger around trigger*
If there’s a God then He’s call me back home. This barrel never
felt so good next to my dome. It’s cold & I’d rather die than live alone.

Cruising in the 300 Chrysler. Wishing the world could be a little brighter.
But all i can seem to find is this lighter. It’s all bad y’all
It’s all bad y’all..
Smoke my first pack of cigarettes today.. been a long time since
I’ve gone through heart break. It’s a cold unforgiving world If I do say.
I’m sorry….
This day couldn’t get any worse.
I’m about to delete my twitter in a second… </3
f***… my..life.

His ex-girlfriend, Honey Cocaine who ended her romance with the late rapper posted a tweet on her Twitter and it states:

I’m single.. Please discontinue the rumours about me.

After Honey cocaine was blamed for the rapper’s death, she defended herself with the tweet below: 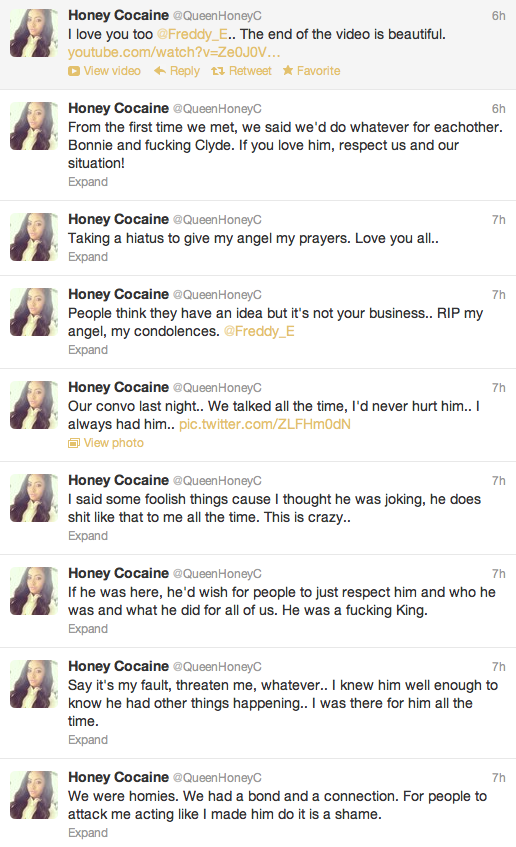 Freddy E’s family members have confirmed his death and below is what they said: 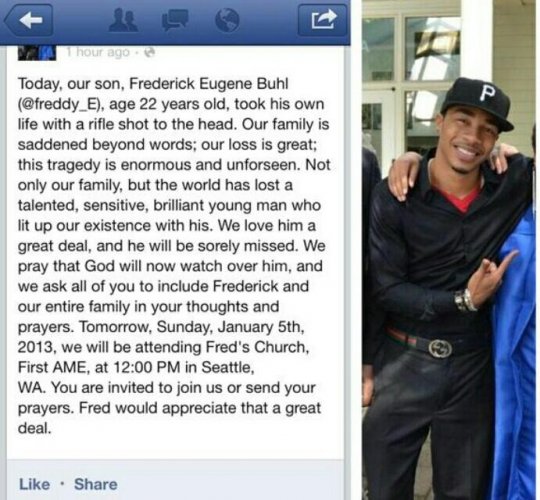