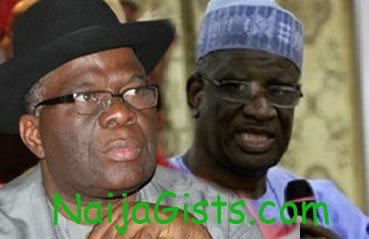 In a twitter statement released by the his spokesman, Reuben Abati, the president has decided to take the matter of security seriously.

He decided to sack them after a heated meeting with the National Security Council in Abuja on Friday June 22, 2012.

President Jonathan has been under intense pressure to fire both men over the high level of insecurity in the country, especially the Boko Haram insurgency in Northern Nigeria

Azazi has been replaced with Sambo Dasuki, who is a retired colonel.